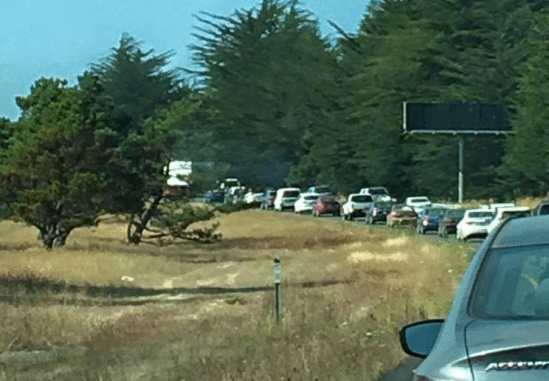 Two cars just got wrapped up on northbound Highway 101, just south of the Highway 299 exit. They’re currently blocking one lane, and traffic is backed up bad.

The crash was initially thought to be caused by some sort of container falling off another vehicle and into the roadway. Medical personnel were initially ordered, but have since been canceled.

Drive with caution in the area. Follow updates from CHP dispatch below.