« A Coil of Snake 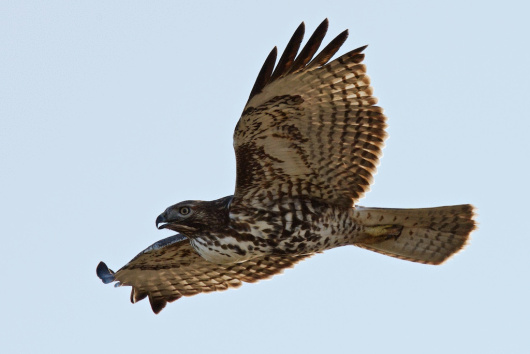 This young Red-tailed Hawk, already successful in its hunt, is continuing to scour the fields North of Humboldt Bay for more rodents and small birds. Its crop is swollen with the body of a previous kill, which will be fully swallowed and digested after the hunt.

Such reads the text of a new photo site, Redwood Planet Media,  which offers up beautiful nature photos every week.  The site is devoted to educating the community about nature.  Its website states that its mission is

…to further public knowledge of natural history, sociology, human welfare and environmental sustainability. Located in the lush landscape of Humboldt County, California, we seek to bring the wonders of our region and beyond to the whole world.

Photographer Alan Petersen has so far provided most of the photos for the website but the plan is to network with other local photographers and interested parties. Petersen explains,

I studied film at California College of the Arts and was a social worker in Oakland before moving to [Humboldt.] Our CFO, fundraiser and social media person has an MFA from Mills College. Our second cameraman and editor is a former audio engineer and voice acting director, originally from Southern California, who runs a small bird rescue operation in his spare time.

Our board of directors also has a tribal/environmental law attorney and Native American studies teacher, and an illustrator for wildlife field guides. We’re very interested in getting people from science and engineering fields on board as well, and we’ll be reaching out to the appropriate departments at HSU and other local nonprofits in the near future.

The site is a feast for the eyes (the otter family is particularly sweet) and it includes a trailer for a new documentary under production about the Arcata Marsh.