Considering the landscape of modern politics, even at the local level, at what point do you feel people deserve the right to vote for themselves? With modern technology we all have the ability to cast our own votes and no longer need elected representatives to do it for us. Would you support a system that had elected representatives debating the issues and presenting their recommendations, but left the actual voting up to the people? In other words, to what extent would you support a real democracy? Thank you

I believe elected officials represent their constituents.  If an elected official consistently votes against the will of their constituents, then it is the duty of the people to remove them from office in the next election.  I’m not sure each and every citizen voting on every issue confronting the city is an effective form of governance.  How would this work?  Would the citizens of Eureka vote on where to install a crosswalk or whether to begin a traffic study at a particular intersection?  Would every citizen take the time to study these issues and then vote on them twice a month?  Would we trust the results of the electronic voting system we most certainly would have to employ? Elected officials represent the citizens of Eureka, and trust is bestowed upon them (once elected) to make decisions informed by listening to and communicating with those affected.  It is an efficient form of democracy, and really works best when accompanied by an engaged citizenry.  It is my hope that we all work to be more engaged in our community and the decision making process, and understand that a better city starts with each and every one of us getting involved.  Thank you!

Jason, thank you for your question.

If you’ve ever been to a Eureka City Council or Humboldt County Board of Supervisor meeting then you’ve seen how public comment can take a long time, depending upon the issue.

I would not be in favor of 2,000 people voting on whether to put in a stop light at “X” intersection, that’s what the elected representatives are supposed to do with the staff’s recommendations and public input.

Our Founding Fathers created a form of democracy of elected representatives. The beauty to this system is every elected has four years of job security. If they’re not engaging and listening to their constituents, then the voters fire them and “next elected person up”. 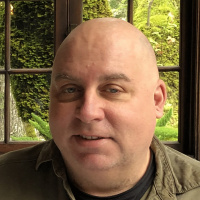 Thanks for your question, Jason.

What you describe as a “real” democracy is appealing on the surface, as every person has a say in every decision. However, the logistics and implementation of such a system would likely lead to fewer decisions getting made, and stagnation in the overall community. Your proposal is also highly dependent on people having access to the technology involved and education on all the matters on hand, and, while we continue to improve in these areas, those on the outside would be effectively left out of decision making entirely.

Consequently, I believe that community representatives, such as those on the City Council, are responsible for obtaining the opinions of their constituents and representing them in decision making. I strongly agree that technology provides opportunities for enhancing this process and making the system more accessible and transparent to the general citizenry. Our community can do more to keep pace with the use of technologies in governance and ensure greater access to all. With such technologies, representatives can better hear and amplify the voices of all those they represent.

For example, I currently serve as the committee chair for the Humboldt Human Right Commission’s Digital Accessibility Ad Hoc committee, which is charged with “using all available and legal technologies and techniques” to “enhance the ability of Humboldt County residents to participate” in its decision making process. If elected to the Eureka City Council, I would promote similar intentional efforts to expand the voice and power of Eureka residents.

Even though we may disagree on the form our democracy takes, we do both agree  in the idea of technology digitally empowering citizens. 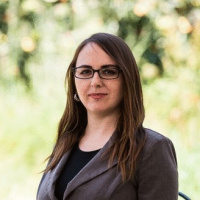 Hi Jason, thank you for this question! I am excited about the idea of bringing the public into government decision making! While some of my opponents have pointed out the challenges with having the public vote on every issue, which include limitations of technology and (potential) lack of subject-matter expertise, I believe that involving the public in the decisions of governance has practical, philosophical, and ethical benefits. Not only does it help government agencies and bodies to comply with regulations and requirements that require public participation, it adheres to democratic principles, and it can create more substantive and informed decisions and outcomes. Here are two ways in which we can get the public more involved in our democratic process while increasing participation in local government and building a sense of investment in our community:

When I am elected, I will not simply take it for granted that I represent my constituents or assert that I know what’s best. I will apply my background as a Public Policy Analyst and as Land Use Planner to the questions at hand, but I will also seek direct input from my constituents. I will pursue opportunities to get the public involved in our decision-making and democratic processes, and I will seek out the voices that usually go unheard. I am excited to not only represent the people of Ward Four, but to communicate with them, collaborate with them, learn from them, and work alongside them to get things done!