You may or May not know, but years ago members of our current board voted to get rid of the “me too” clause. What that did was if sheriffs union negotiated a 7% increase all other bargaining units received that wage increase. Now that it was voted to remove, now we have bargaining units, such as law enforcement management who received a 30% raise while the majority of county employees, AFCME only received 7.5%. Your thoughts on the disparity? Your position on the “me too clause”? Would you have voted to remove it? 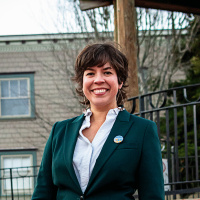 I can’t say what I would have done without understanding more about the conditions at the time. I know that when I was first elected to office 8 years ago, I immediately faced a fiscal crisis and a need for budget cuts in Eureka. I recall that our community was in a very different place then. I do understand the importance of the “me too” clauses for labor groups and the inherent fairness principle at work there. I also know that recruitment and retention in certain positions is dire, and remains dire. I want to do more to address the issues of employee morale, retention, recruitment, and feeling of being cared for and appreciated. I know many times that means better wages, more hiring to distribute the workload, and robust policies that support workers’ rights. Ultimately, I don’t have the answer for you right now. I do plan to commit time to listening sessions right away to hear more about public employee welfare and needs. That is an important start. 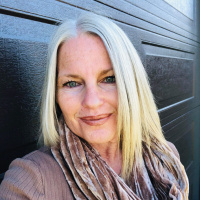 I would like to actually see the record as to what the Board of Supervisors did in the instance you describe  because whether any kind of clause in a contract is resolved by contract negotiations and Board approval  I am not aware that a Board will pass an ordinance or official policy which applies to all contracts.

There are different forms and degrees of parity clauses and if the unions want to negotiate some form of clause which isn’t so rigid that both the county and the individual unions lose the ability to negotiate contracts which meet their specific needs, I might be willing to support one.  But they have to be written carefully.  Often the negotiations aren’t strictly about wages, and how do we write and enforce parity clauses that cover benefits and work conditions?

I don’t know anything about the particular situation you describe to comment, but as a matter of principle I do not believe that management should receive raises disproportionate to the rest of the workforce.

Thanks for the question.