In regard to your last response, I did a search and found this case. https://casetext.com/case/people-v-crowl-54 This case says: “Because we agree with the trial court’s conclusion that prosecutorial misconduct occurred in this case, we are obligated to notify the State Bar of that misconduct with respect to the actions of Deputy District Attorney Ben McLaughlin and/or Deputy District Attorney Randy Mailman.”  Can you please explain? 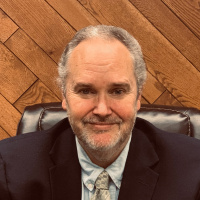 Happy to, but it’ll take a minute…

Randy Mailman had a case against Rocky Crowl, who was charged with felony DUI.  The defense attorney, Glenn Brown, filed a motion to dismiss due to a violation Mr. Crowl’s right to Due Process.

Ms. Mailman apparently believed that certain witnesses presented by the defense at preliminary examination committed perjury.  She then decided to seek a Ramey warrant for the witnesses’ arrest.  My recollection is that they were each arrested by an investigator from the DAO and kept in jail for a couple days.

So, after the warrant and arrest went down, Mr. Brown smartly filed a motion to dismiss for a violation of Due Process, because, due to the arrest, both of the defense witnesses were facing felony perjury charges and could no longer testify.

This all happened before I had any involvement in the case and without my knowledge.  On the day of trial, Ms. Mailman was “sick,” so I volunteered to do it.   When I picked up the file, I saw that Mr. Brown filed the motion I discussed.

After talking with my supervisor and the investigator involved in the arrest, I argued the motion on behalf of the DAO.  Judge Cissna then took the matter under submission.

When Judge Cissna returned to court—either later that day or the next morning—he asked whether the parties wanted to resolve the case before the ruling.  Mr. Brown offered to plead his client to the felony DUI, but for probation.   My exact response, which I remember as clear as day, was “If the office did something wrong, I want to know.”  So, I declined to resolve the case.

As you know from your research, Judge Cissna ruled that the actions of Ms. Mailman effectively deprived the defendant of his Due Process and dismissed the case.

Ultimately, the Court of Appeals upheld Judge Cissna’s ruling and was, correctly so, pretty upset that a Deputy District Attorney would have someone’s witnesses arrested for perjury prior to trial.  I’ve never done that, and I’ve never heard of it being done before or since.

The key is the language Ben McLaughlin “and/or” Randy Mailman.  So yes, I was referred for investigation—based on the fact I appeared in the transcript, is my guess.

Following the State Bar hearing, which included the presentation of letters of support from Mr. Brown, who explained my limited involvement in the case and reputation generally, and other defense counsel, I was completely vindicated by the State Bar.

The same cannot be said for Ms. Mailman and the attorney who approved the warrant.  I believe they were ordered to complete ethics training.

It was an unfortunate situation.  To this day, I don’t know what Ms. Mailman was thinking.  But I believe my decision not to resolve the case and have the court rule on the defense motion to dismiss was correct, and I’d do it the same way again.   The DAO should never, ever compromise a defendant’s due process rights.

By volunteering to do the trial, which obviously involved arguing the motion to dismiss, I got caught up in a situation I didn’t create…and wouldn’t have created in the first instance.

I hope this clarification helps.