Are you currently registered as a democrat, republican, or something else? How long have you been registered as such? Have you ever been otherwise registered?

I have evolved into a fiscal conservative who believes in small essential government, hence my libertarian tendencies.  As such, I am currently a Republican, but I am not sure for how long, as I sometimes have just marked Independent when asked.  I registered Republican most recently in the spirit of Dwight D. Eisenhower and Milton Friedman (Nixon’s economic advisor), whose contributions to American politics have become even more important than they were during their times.

Not only did Eisenhower serve as the Supreme Commander of Allied Expeditionary Forces in WWII, but he established our National Highways so that military equipment could be transported from coast to coast in case we actually had to defend American soil. His “beware the military-industrial complex” quote is timelessly relevant, and coming from a five-star general, is based on the deepest insights into our American government. Milton Friedman, whom I met at a freshman dormitory luncheon at Stanford, advocated for a graduated negative income tax system to replace the welfare system. A graduated negative income tax system reverses the taxes for incomes below a certain level so that earners above that level pay money to the state while earners below it receive money, guaranteeing a livable income for low-income individuals, while still preserving the incentive to work. Friedman realized that the overall cost of the welfare bureaucracy was substantially more than the cost of the direct benefits given to people, and so, being a true fiscal conservative, advocated for just giving the benefits directly without the red tape. This idea was ahead of its time, and, although supported by Nixon, it was not well received by the Republican Party majority, which thought it resembled communism. Now that robots are rapidly replacing people in many sectors of the economy, and the threat of Soviet-branded “communism” spreading like cancer across the globe has died, it may be time to revisit the idea. I know the Nixon reference might be unpopular, and I certainly wouldn’t have supported his anti-Beatles campaign, nor his COINTELPRO fetish, but there is good and bad in all of us, so it should be remembered that Richard Nixon founded the Environmental Protection Agency in 1970 and then in 1973 signed into law the Endangered Species Act, telling Congress that “My new proposal would make the taking of endangered species a Federal offense for the first time and would permit protective measures to be undertaken before a species is so depleted that regeneration is difficult or impossible.” Fifty years later, we have our condors again.

Excluding the capitol riots, I will admit that I admired Trump during his early administration because he wasn’t a bureaucrat, nor a career politician.  He took a massive pay cut to serve our country, and in fact donated his salary to the Department of Education, the National Park Service, and other federal agencies.  He saw public office as public service, not as an opportunity to make more money. He wasn’t business as usual in Washington.

I have previously been registered Green (during the Ralph Nader days), and I think way back (well over 20 years ago) I was a registered Democrat. (We are talking George W. days, but who wanted to be a Republican then.)  Ideally, I wish there were no political parties, or, alternatively, that two parties didn’t dominate American politics; however, since they do so dominate, it is important to not let either party approach fascism, So, really, I crossed over to the Republican Party to be able to vote Republican in the primaries and use my vote to prevent potentially ultraright wing candidates from surviving a primary. If it was 1948, I might have found myself crossing over into the Democratic Party to prevent the Dixiecrat segregationists from producing a viable candidate out of the Democratic primaries.

Over the recent past political identification has become divisive and pigeonholes people into an entire set of beliefs.  My politics are more nuanced and my positions depend on the specific topics and proposed plans.  That said, even when registered as an independent, I have consistently voted for Democrats.  Earlier this year I re-registered as a Democrat.

The D.A. position is non-partisan, and I take that very seriously.  While I know my primary opponent and her supporters would like to pigeonhole me as a “progressive D.A.” the truth is I will be a “pragmatic D.A.”   My plans embrace and implement policies that work based on data and evidence, that contain real, practical substance, not just slogans.

Too many political commentators don’t evaluate positions beyond the tired lens of a D.A. either being “tough on crime,” or “progressive.”  Those supporting a continuation of the current administration are simply admitting that they don’t want new ideas that are proven to work, don’t want real accountability, and are happy with skyrocketing violent crime.  These issues aren’t best addressed by a “progressive” candidate or a “tough on crime” candidate - they’re best addressed by a pragmatic candidate.

People and organizations from across the political spectrum have endorsed me for D.A., proving that my ideas are universal, not political.  I have more individual law enforcement endorsements than my opponents combined, and they are from cops working in the system right now, facing the daily issues I’m talking about in this campaign.  They aren’t cops who retired from management positions – they have boots on the ground right now.  For the full list go to https://www.ak4da.com/endorsements.

Those law enforcement officers have the close-up view of what happens in the criminal justice system, and it speaks volumes that they are supporting a current Deputy Public Defender over the current Assistant D.A. 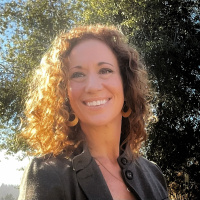 I’m a registered Democrat.  I lived in Sweden during my 18th year, and I probably registered after I returned when I was 19 years old.  I know I did not vote while living abroad.