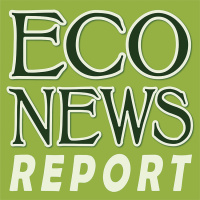 Timely interviews on environmental issues that matter most on the North Coast and our bioregion, along with news and information on upcoming meetings, hikes and events. The EcoNews Report features a rotating cast of representatives from local environmental groups.

Dan Jacobson of Environment California joins the Green Gang to talk about how we can reduce the largest single source of greenhouse gas emissions: Transportation.

• (Saturday, March 7) How Can We Be Happy, Healthy, Effective Activists and People?

Scott Greacen, Jen Kalt and Tom Wheeler discuss a recent Op-Ed in the New York Times and ask each other the question: How can we be all be happy, healthy, effective activists without succumbing to gloom?

• (Saturday, Feb. 29) The Wildlands Conservancy Protects Valuable Ecology By Buying it Up

This week: Emily Allee of the Wildlands Conservancy joins Tom Wheeler (of EPIC) and Alicia Hamann (of Friends of the Eel) to talk about the ambitious work that the nonprofit is doing right here in Humboldt and across the state. Learn about the conservancy's two unusual seaside properties along the Humboldt County coast (and how you might visit them) and their large plans for the Main Stem of the Eel River.

• (Saturday, Feb. 22) Local Hugo-Award Winning Author Becky Chambers Talks About Her Worlds and This One

Becky Chambers, local resident and Hugo Award-winning science fiction author, talks with the Green Gang about her work and her philosophy of science fiction. Her popular Wayfarers series focuses on the lives on regular people following an ecological collapse and their relationship with the alien species who somewhat reluctantly save humans.

It's an Econews roundup, as Alicia Hamann of Friends of the Eel joins us to talk about the latest on the Great Redwood Trail. Plus: The state of play with the safety corridor billboards, fuel management in the Six Rivers National Forest, summer steelhead and weird carbon sequestration ideas.

What do you do when a raccoon is living in the walls of your home? What about when a bird flies into your window? Why do more English majors than science majors volunteer to save wildlife? Bird Ally X — how is it related to Speed Racer? Monte Merrick, one of Humboldt County's foremost wildlife rescuers, joins the Green Gang to talk us through these questions and more, and to muse on the complicated question of feral cats and the people who care for them. Hear about the odd baby pelican he once saved!

We look back at the process that led to the Terra-Gen wind farm being denied last month. What did we learn?

• (Saturday, Jan. 25) How Can We Make the Outdoors an Inclusive Space?

On this week's episode, Luis Villa, Director of Latino Outdoors, joins the Green Gang to talk about how to make nature a safe, welcoming and inclusive space for all people. Latino Outdoors is a unique Latinx-led organization working to create a national community of leaders in conservation and outdoor education. Started in California, Latino Outdoors is now an international volunteer movement.

• (Saturday, Jan. 18) What Does 'Urbanism' Mean in a Place Like Humboldt County?

Urbanism is not just for big cities like San Francisco. To keep Humboldt bucolic and pastoral our urban centers need to grow up and not out. Colin Fisher from the Coalition for Responsible Transportation Priorities lays out the case to the Green Gang.

• (Saturday, Jan. 11) How Does Our Electric Grid Actually Work?

With the recent power shutoffs and the proposed Humboldt Wind Project (RIP), our energy infrastructure has received considerable attention. But just how the heck does it work? On this week's episode, the Green Gang learns how our the grid actually works from Matthew Marshall, executive director of the Redwood Coast Energy Authority. What you learn may shock you.

You may have noticed it: the bay seems particularly high this time of year. The extreme high tides of winter have a name: King Tides. And they can help illustrate the effects of rising sea levels. Volunteers are needed to document the high tides and the way sea level rise will impact our bay. Sign up for the Humboldt Bay King Tides Photo Initiative! Photo by Ted Halstead for the Humboldt Bay King Tide Photo Initiative.

The Green Gang talks with the North Coast Regional Director of Caltrout about the state of play of dam removal on the upper Eel River.

In this week's episode, we have a treat for the holiday season. Poet Jerry Martien joins the Green Gang in the studio to read poetry inspired by the natural landscapes of Humboldt County. If you have never heard Jerry read his poetry before, you are in for a treat, as Jerry's sonorous voice and crisp lyrical poetry inspires and soothes the soul.

• (Saturday, Nov. 30, 2019) Zero Waste Humboldt is Working to Eliminate All the Garbage

In this week's episode, the Green Gang talks with Stephen Kullman of the Blue Lake Rancheria and Nancy Stephenson of RCEA about the first annual Electric Vehicle Parade, electric vehicle expo and Holiday tree lighting. Along the way, we also talk about how the PG&E outages provided a unplanned test of the Blue Lake micro-grid system. (They passed with flying colors.)

In this week's episode, the Green Gang talks with Stephen Kullman of the Blue Lake Rancheria and Nancy Stephenson of RCEA about the first annual Electric Vehicle Parade, electric vehicle expo and Holiday tree lighting. Along the way, we also talk about how the PG&E outages provided a unplanned test of the Blue Lake micro-grid system. (They passed with flying colors.)

Gang Green talks with Pacific Forest Trust VP Paul Mason, veteran of both our own Headwaters Forest fight and more than a decade of lobbying for environmental causes in Sacramento. Why just saying no isn’t enough; how Pacific Forest Trust uses carbon credits and conservation easements to drive better forestry; community forests and carbon sequestration; protecting California’s water supply; the disastrous consequences of fire management; the state legislature starts to step up; and above all, making a big enough difference on the scale and time frame we need to address now.

On this week's episode, the Green Gang talks with Jackee Riccio of the CROP Project about trespass cannabis grows—those rascals growing pot on our public lands. With this pot often comes guns, pesticides, and poaching. Listen to learn more.

On this week's show, the Green Gang interviews author Jon Humboldt Gates about his new book, Firestorm, the true life account of living through the 2017 Tubbs Fire. Gates is also the author of Falk's Claim (about the historic lumber town of Falk) and Night Crossings, tales of historical mishaps involving Humboldt Bay.

On this week's episode, the Green Gang investigates mercury in Humboldt Bay and the Eel River. (Could they be connected?) Need a costume idea? We've got you covered. Listen for scary (and maybe sexy) environmental costume ideas.

A new study in the journal Science documents the staggering loss of bird populations in North America—a decline of approximately three billion birds in total over the past 50 years. Local ornithologist Ken Burton says that Humboldt County is not immune to this trend. Using available data, Burton has determined that of the most commonly-reported species in Northwest California, 69 percent of birds were reported less frequently. On the show, Burton digs into the data with the Green Gang to figure out the causes.

The Klamath River is now a person with full legal rights under Yurok Tribal Law. Amy Cordalis, General Counsel for the Yurok Tribe, joins the green gang to talk about what this means for the river and why giving recognizing “personhood” for the river is both a big and little leap under the law. (As Mitt Romney sez: “Corporations are people too, my friend.”)

In this week's show, the Green Gang discusses Interior Secretary David Bernhardt's attempts to fast track the approval of the Shasta Dam raise, which would benefit Bernhardt's former client, the Westlands Water District. (The losers? The ecological community that would drown under rising waters.) The Gang also discusses Gov. Gavin Newsom's veto of SB 1, a state bill that would improve state environmental law if the Trump Administration were to weaken federal law. Listen to learn how these two stories are connected.

• (Saturday, Sept. 28, 2019) The Children's Climate Strike and the Dangers (or Benefits?) Of Single-Issue Environmentalism

Greta Thunberg and the children's climate strike. Being an activist for the ecology versus being a single-issue activist. Even a bore and terrible writer like Jonathan Franzen can be right once in a while. “One of the risks to the environment right now is environmentalism.” The Karuk Tribe's new climate adaptation plan is a very interesting document. A momma walrus gets hers.

• (Saturday, Sept. 21, 2019) What Can Tsunamis Teach Us About Combating Climate Change?

This week’s guest is Troy Nicolini, Meteorologist-in-Charge at the National Weather Service in Eureka. Troy has lots of practical, time-tested tips on avoiding sneaker waves, what to do in a tsunami, and why empowering people to take action and connect with each other is better than instilling fear, whether you’re dealing with disaster-preparedness or climate action.

On this EcoNews Report, your favorite Forest Grumps talk about “ecological grief” — the deep sense of dread and depression we get from thinking about how we are screwed in the face of climate change and the anthropocene.

• (Saturday, Sept. 7, 2019) They're Back! Your Loveable Environmental Curmudgeons Have a New Show on KHUM and LoCO