« The Klamath River Whale Has Died

A Community of Interest »

The Board of Supervisors hearing on local redistricting starts in just a few moments (at 1:30 p.m., or shortly thereafter.) The board is set to focus in on one of three draft plans for redrawing local supervisorial districts in the wake of the 2010 Census, to suggest further modifications, and to set a date for final adoption.

We’ll be watching the live Web broadcast here at the LoCO, and invite you to watch along with us. If you want to follow along, keep the the fancy interactive map at the county’s site open in one window.

The three plans under discussion offer pretty divergent options for Humboldt County politics over the next 10 years. Below: maps, commentary and oddsmaking. 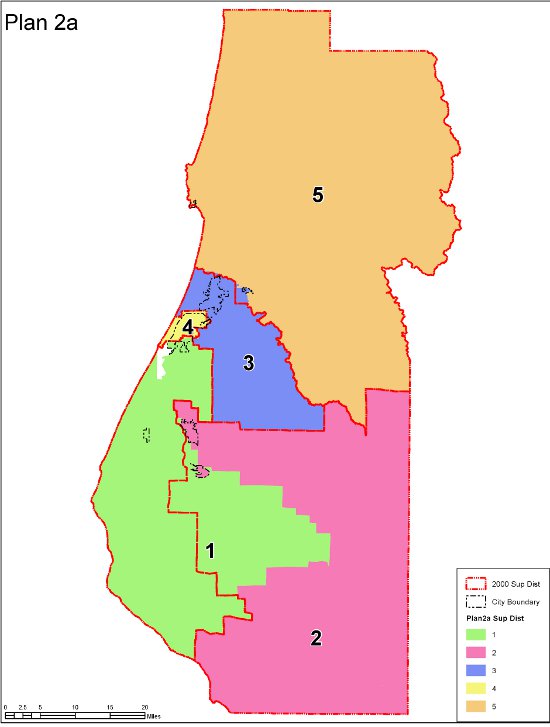 If I’m not mistaken, this is basically the plan put forward by LoCO Level 7 Supercommenter “The Reasonable Anonymous” after County Clerk-Recorder published her first-draft redistricing maps and SoHum went insane. “You can’t separate SoHum!”, the SoHummers yelled. And so TRA came up with the idea that the Second District could keep Shelter Cove if it would instead cede Rio Dell/Scotia and much of the Avenue of the Giants.

I thought the idea was crazy then and I think it’s crazy now. If Shelter Cove and Garberville/Redway form a “community of interest,” then Scotia and Fortuna form a community of interest 10 times as strong. While the Second gets to keep Rio Dell in this plan, Scotia is severed from that district and yoked to the First.

“Rio Dell has been a community of interest to Scotia ever since they built the first whorehouses,” as one wag put it to me. Too true. What’s more, Plan 2A doesn’t address the weird excursion of the Arcata-centric Third District into areas that should by right be Fortuna’s.

For these reasons, I think this plan unlikely. 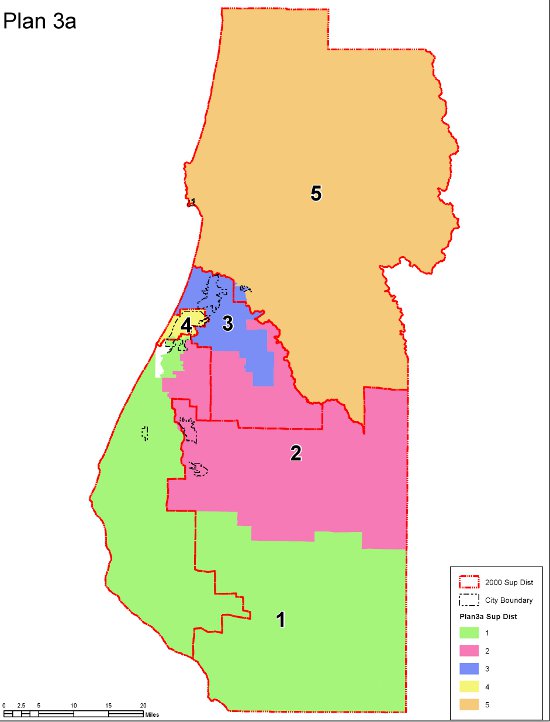 This plan has only one big WTF, and that is the yoking of SoHum to Cutten — communities about as dissimilar to one another as you are likely to find in Humboldt County. Still, that’s only one. Elsewhere, Blue Lake goes to the Third District (as it does in 2A) and Fortuna claims a large swath to the east, which arguably makes more sense than the current arrangement.

I’m putting my money on this thing. 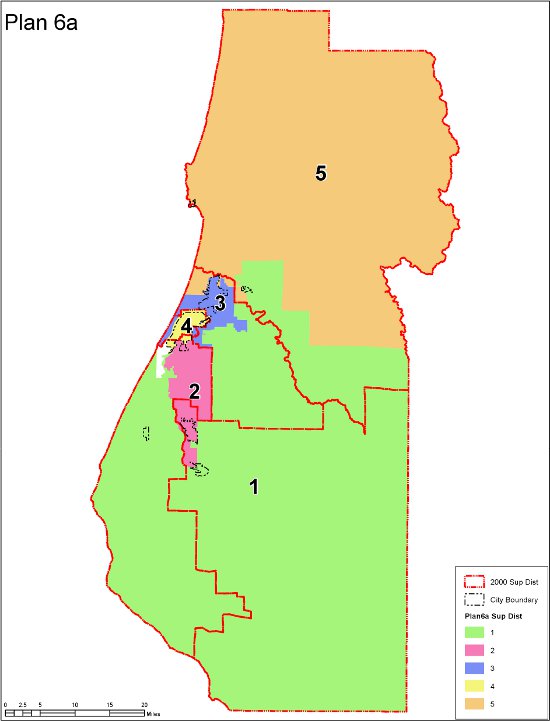 Sadly, I’m guessing that cooler heads will prevail. Which is kind of a shame, because 6A here has a couple of nice bennies to offer elsewhere around the county. Eureka gets a sensible city-based Fourth District. (Even if Arcata reaches around and picks up, uh, Myrtletown?!?) Then again, lefties might enjoy seeing the great bulk of the county’s Republicans herded into their own little corral, which would be renamed “The Second District.”