MEDIA MAVEN: ‘Can’t We All Just Beat Each Other Senseless?’ » 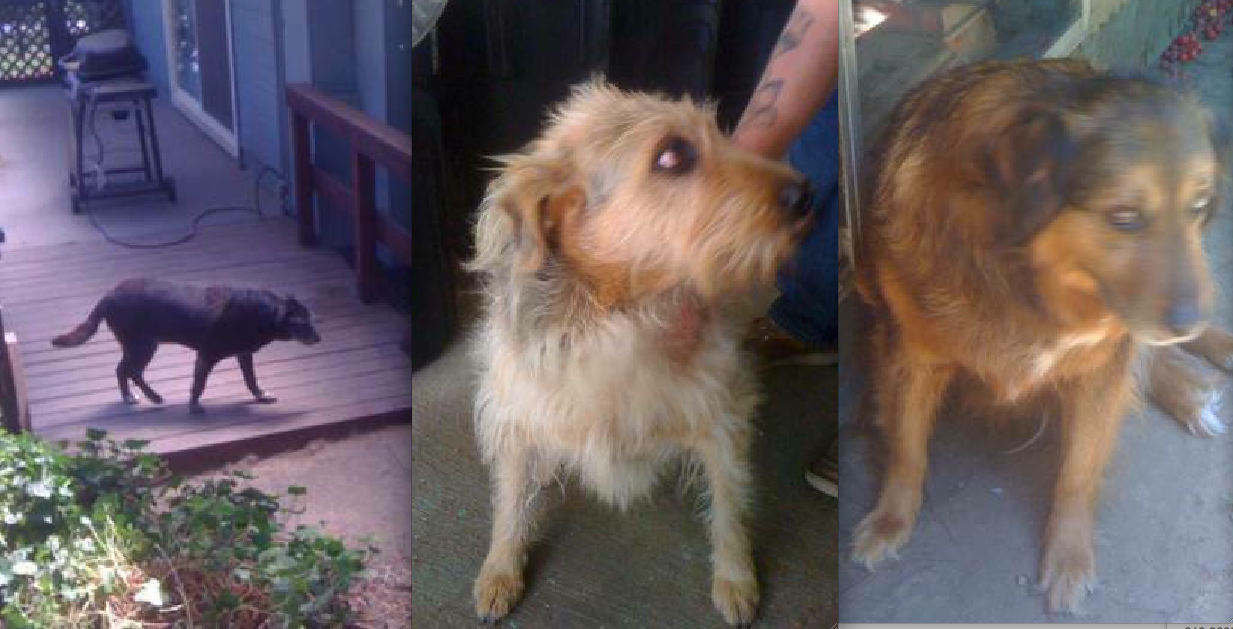 On 08/21/13 Animal Shelter staff located a posting on Craigslist from 08/08/13 from an unidentified person in Freshwater who stated that their neighbor is/was moving to the East Coast and had three dogs that he could not keep. There were photos of the dogs on the Craigslist posting and they are the same dogs as those brought into the shelter. The back yard of a residence is clearly visible in one of the photographs.

On 08/22/13 Animal Shelter staff located a second posting on Craigslist about the dogs. This posting is from someone who saw a male subject abandon the dogs on New Navy Base Road and Bay St. The posting states that a male subject in his mid-30’s with short hair, driving a newer black 4 wheel drive truck left the dogs and was telling them to “stay” as he drove away. One of the dogs was nearly struck by a car while chasing the truck down the road. It is not clear if the person responsible for this Craigslist post was the person who reported the loose dogs to CHP. Animal Shelter staff has replied to both Craigslist postings but have not received any response.

Abandonment of an animal is a crime. The Sheriff’s Office Animal Control Division is asking for the public’s help to identify the owner of these dogs. Anyone who recognizes the dogs and/or the back yard of the residence in the photographs is asked to call Animal Control Officer Hale at 707-840-9132 or the Crime Tip Line, 707-268-2539