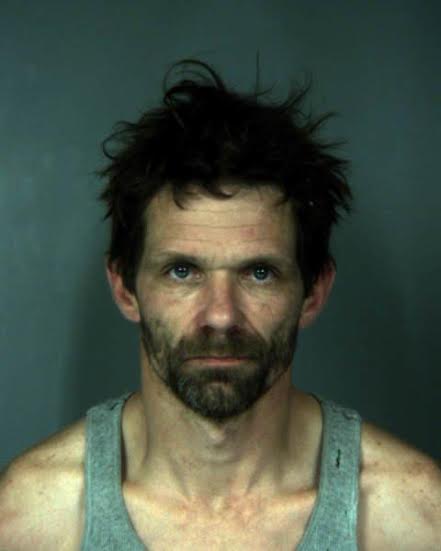 On 12-5-2013, at approximately 1:15 a.m., the Humboldt County Sheriff’s Office received a call regarding a possible burglary in progress in the 6700 block of Harrison Avenue, Fields Landing. When the deputy arrived, he met with the citizen who reported hearing noises coming from a vacant apartment that was being remodeled. The deputy inspected the vacant apartment from the outside and saw signs of forced entry. The deputy observed there was at least one other vacant apartment that had been forcibly entered. As the deputy was checking the outside of the apartments, he saw a male hiding in bushes with a backpack. The male had a hood covering his head, gloves on his hands and a mask next to him on the ground. The deputy ordered the male out of the bushes. The male told the deputy he heard the patrol car pull up and jumped out of the window of the apartment and tried to hide in the bushes. The male said he did that because the cops always mess with him. The male denied taking anything from the vacant apartments.

The male was identified as David Allen Tatro, 41 years old from Fields Landing. The landlord for the apartment building showed up at the scene and told the deputy that Tatro was not supposed to be in the apartments.

Tatro was arrested for burglary and possession of burglary tools. He was transported and booked into the Humboldt County Correctional Facility. His bail was set at $50,000.00.