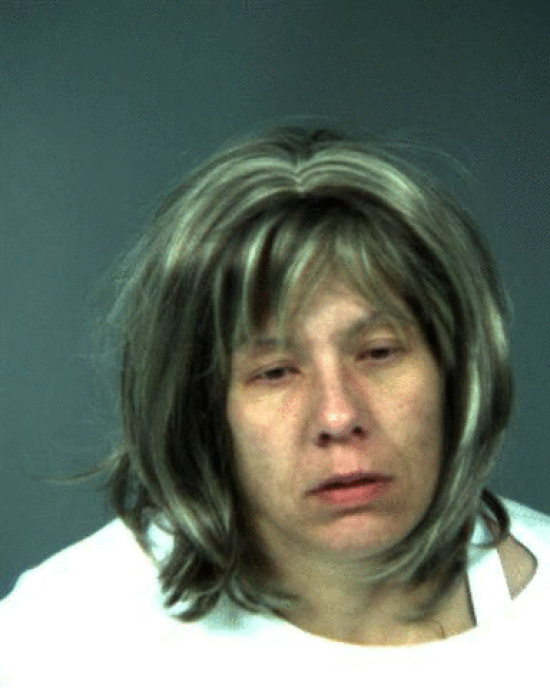 On 2-7-2013, approximately 4:30 p.m. Humboldt County Sheriff’s Deputies responded to the 1100 block of Vista Drive, McKinleyville regarding an assault with a vehicle that just occurred. When the deputies arrived they met with the 39 year old male victim. The victim told the deputies his 36 year old sister, Renea  Soderberg had been drinking alcoholic beverages and was angry with him. She is transient and occasionally sleeps in his garage. She was upset after he told some of her friends to leave his residence. She began yelling at him as he was getting into his white 2012 Ford F-350 pickup truck and backing out of his driveway. She then got into her silver 1998 Chevy Silverado Pickup truck and accelerated rapidly towards him. Her vehicle struck his vehicle in the driver’s side door causing an approximately four inch deep dent in the door. She backed up and again struck his vehicle in the front. A witness reported seeing her back up and strike the victim’s vehicle approximately four times. Deputies found damage to the residence’s lawn caused by the spinning tires of Soderberg’s vehicle during the assault. The victim was not injured.

Deputies located Renea Soderberg’s vehicle in the 900 block of Vista Drive, McKinleyville with signs of fresh damage consistent with the victim’s account as to what occurred. Deputies were unable to locate Renea Soderberg at that time.

On 02-08-2013, approximately 2:30 a.m. deputies were dispatched to a suspicious woman in the 1100 block of Vista Drive, McKinleyville. When they arrived they located Renea Soderberg. She was arrested for assault with a deadly weapon. She was transported to the Humboldt County Correctional Facility where she was booked. At the correctional facility a small bag of methamphetamine was located on Soderberg by Correctional Officers during the booking search.  Soderberg was charged with the additional charge of possession of an illegal drug. Her bail was set at $50,000.00.