Your Random* Humboldt County Courthouse Statistic of the Day! (UPDATED) 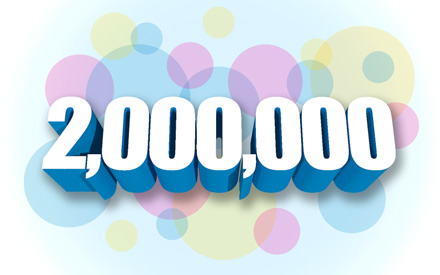 Well, then! Press release from the Humboldt County Sheriff’s Office:

On 10-14-2008 the County of Humboldt began screening citizens entering the Humboldt County Courthouse. The public is required to a walk through a metal detector and if they are carrying something, that item is required to be placed in an X –ray machine for examination. Prior to 10-14-2008 no one was screened entering the courthouse. On 2-8-2013, approximately 12 noon the two millionth person entered screening and into the courthouse. During this almost five year period, some of the items seized that were prevented from entering the courthouse were bullets, drugs, guns, handcuffs, hand cuff keys, knives, pepper spray and other items.

Public screening of citizens entering the Humboldt County Courthouse continues to assist with keeping the courthouse safe for everyone.

UPDATE: HCSO emailed LoCO to inform us that the actual date the two millionth scanee was served was in fact “7-8-2013.” That was yesterday. You’ll agree, that is more timely and, thus, less random then we initially were led to believe.