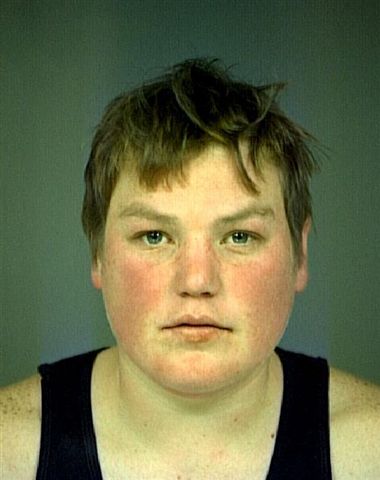 On 05-01-2013, approximately 1:30 a.m., a Humboldt County Sheriff’s Office Deputy driving a marked patrol car spotted a stolen Green 1995 Honda Civic in the parking lot of Blue Lake Casino. The Honda was unoccupied so the deputy concealed his patrol car and watched the Honda from a distance. Approximately 15 minutes later the deputy saw three people enter the Honda and began to drive away. The deputy got a good look at all three occupants, including the driver. The deputy attempted a traffic stop on the Honda as it was leaving the parking lot. The Honda immediately sped up as soon as it saw the patrol car was attempting to stop it and a pursuit was initiated.

The Honda fled northbound on Chartin Road towards Blue Lake Blvd., Blue Lake, then turned westbound on Glendale Drive reaching speeds of 70 mph in a 35 mph zone. The Honda then turned onto Fieldbrook Road. Additional deputies joined in the pursuit. The pursuit ended when the Honda turned onto David Lane, Fieldbrook which is a dead end dirt road. All three suspects in the vehicle immediately ran into the heavy brush at the end of the roadway. A homeowner hearing the sirens and commotion exited his home and caught one of the suspects trying to sneak away as deputies were searching the heavily wooded area for the suspects. The homeowner saw the suspect walking up his driveway behind where the deputies were searching. The homeowner grabbed the suspect by the suspect’s shirt collar and held onto him until the deputies took custody of the suspect.

That suspect was identified as Dana Alan Cooley, 21 years old from McKinleyville. Deputies were unable to locate the other two suspects. The Blue lake Casino is assisting the Sheriff’s Office with the investigation by providing video surveillance of the suspects getting into the car. The initial deputy identified Cooley as a passenger and not the driver of the vehicle. He was booked and released on his own recognizance from the Humboldt County Correctional Facility on charges of probation violation and resisting arrest.

The driver of the Honda is described as: White male adult with a goatee, wearing a baseball cap and was wearing a dark colored jacket or sweatshirt, approximately 5-4, 130 lbs with brown hair.

The female passenger is described as dark skinned, possibly Native American or Hispanic. The Sheriff’s Office is actively working to identify both of them.