Get Out the Vote, HumCo! Ferndalean is National ‘Farm Mom of the Year’ Finalist » 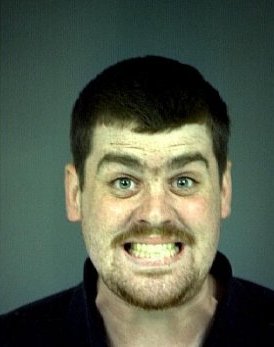 Note this line from a Sheriff’s Office press release earlier today, the one in which a dude was arrested on suspicion of growing 4,200 plants at the old Eel River Sawmills main plant, and of possessing significant quantities of peyote as well:

Davis was transported to the Humboldt County Correctional Facility where he was booked and released.

Now check this line from a different Sheriff’s Office press release earlier today — the one in which a baby-faced fellow, whose two accomplices are still at large, was arrested after running from cops in a stolen car at speeds of 70 mph on Glendale Ave at two in the morning:

He was booked and released on his own recognizance from the Humboldt County Correctional Facility on charges of probation violation and resisting arrest.

Capt. Ed Wilkinson, commander of the Humboldt County Jail, confirms that at the moment pretty much everyone who enters their doors who is not being held in connection with violent crime is simply booked and released.

The jail held 373 people as of this morning. Its total rated capacity is 391. So as of yesterday, policies that were mapped out as realignment went into effect (and not for the first time, according to Wilkinson.) That is: As the jail nears capacity, it stops admitting people who do not pose an immediate, serious threat to public safety. Others are simply told that they’ll be expected to appear in court soon.

Will this affect the rash of property crime that we’ve been seeing around the county recently? Local chiefs of police haven’t to date been shy about laying the spike at the feet of Gov. Brown’s realignment policies, in which local jails have been forced to accept custody of people who used to be sent to state prisons, relieving overcrowding problems in the prison system but exacerbating them at the local level. But book ‘n’ release is a game-changer, says Bill Davidson, a local bail bondsman who served as Area One Director of the California Bail Association when realignment was being hashed out.