« Discourage, Dismantle and Deter: A Guerrilla Grow Gets Cleaned Up— Part 2

After understandable outcry from parents over what many see as a mishandled incident, Eureka High School principal Rick Jordan has written a letter addressing the pellet gun shooting that occurred last Thursday and briefly outlining the school’s response: 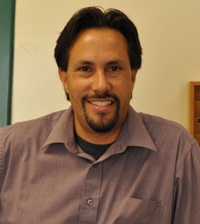 Following the recent pellet gun shooting that happened on Thursday, November 7, 2013, I think it is important that I share with you the following facts:

Student safety has been and continues to be my top priority. The serious nature of this incident requires an equally serious response. As such, Eureka High School and the Eureka Police Department are committed to this ongoing investigation.
We need your support in finding the person or persons responsible for this horrific act. Any information you can provide that will lead to the arrest of a suspect will be greatly appreciated. Please contact Eureka High School at 441-2508 or the Eureka Police Department at 441-4060.