LoCO on the Pot: At Last, Some County Regulation of Outdoor Marijuana Farming is Almost Here 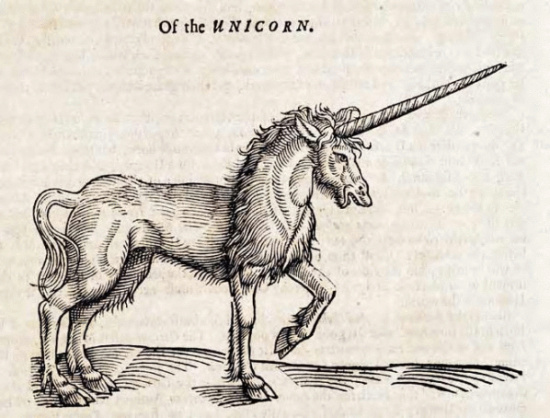 Humboldt County is neo-Wild West status when it comes to weed. Outlaw growers and zombie stoners ravage the land and terrorize innocent people with home invasions, pollution and intimidation. The economy is askew, the busts are often ineffectual and outlaw growers take advantage of the chaos and the cover that their sheer numbers provide in order to profiteer their brains out.

OK, I’m being dramatic — not all growers in Humboldt County are that bad — there are beautiful growers growing beautiful medicinal cannabis plants in totally sustainable ways without a care for $$, but like unicorns, such growers are mostly unseen and mysterious.

Back to the county: As for indoor cultivation, back at the end of 2011 the Board of Supervisors established regulation as part of the Humboldt County land use code at 313-55.1 et seq. and 314-55.1 et seq. (Links are to draft docs because the online library of the county’s land use codes is not up to date.) The gist — keep that indoor grow to 50 square feet or less.

As for outdoor, the Supes are slowly forging ahead. This last spring the Supes put some ideas out to Humboldt County-ites around outdoor cultivation regulation — see their “Outline of the Draft Medical Marijuana Outdoor Cultivation Ordinance.” It’s a beastly outline.

The supremely hardcore Kym Kemp broke down the draft ordinance on LoCO with lots of commentary from wanna be politico Hezekiah Allen, Emerald Growers Association Chair Kristin Nevedal and Scott Greacen, the executive director of Friends of the Eel River.

Allen and Nevedal had lots to say about the draft ordinance. Lots. And then they teamed up with Robert “Woods” Sutherland, a community activist, to gather community input on the draft via two meetings in SoHum. One might assume that they really stuck it to the Supes with their pile of community commentary.

Fast forward to October 22. At their regular meeting, the Board of Supervisors discussed an update on the potential ordinance to regulate “neighborhood impacts of outdoor cultivation of medical marijuana” from county staff and the Medical Marijuana Subcommittee (comprised of Board Chairperson Ryan Sundberg and Supervisor Mark Lovelace). The subcommittee took on drafting regulation for parcels that are 5 acres or less. Check it:

The ordinance elements under consideration would do the following:

In addition, the Subcommittee is recommending that the ordinance include a number of “good neighbor” cultivation practice recommendations that would not be enforceable but would serve to inform the community of best practices. These include:

If cultivating within a greenhouse, invest in a permanent greenhouse with a poured concrete or similar foundation and walls and a roof made up of tempered glass or similar solid material with a filtration system to minimize smell and visual impacts.

Use water from a public water system or a rain catchment system to water medical marijuana plants to reduce the impacts on rivers and streams and the fish and wildlife that depend on these ecosystems.

At the Oct. 22 meeting, the Supes voted to develop an ordinance amendment that is based on this proposal. Outdoor marijuana regulation at the county-level cometh — at least for smaller parcels.

I reached out to Allen and Nevedal to get some sort of response — after all, both of them were all up in this issue last March and both Allen and Nevedal are the contact people listed on the Best Management Practices — Northern California Farmer’s Guide which gets a shout out in the Supes issuance. No dice. Allen hasn’t called me back yet and Nevedal, well I’ve emailed her and called her at the EGA on a few occasions to try to talk to her about marijuana issues, and she has yet to respond to me.

Whatevs. But hey, do you want to know who did call me back in a very timely manner? Supervisor Mark Lovelace! (Coincidentally, Lovelace is leading the LoCO’s HUMBOLDT APPROVED poll on the county’s best supervisor.)

I’ll give you the gist of what Lovelace told me: First of all, don’t get your panties in a bunch (my words) — these are just notes — just ideas of what an ordinance might be. The county staff and supes are trying to deal with a broad range of growing scenarios, and with this latest issuance they are tackling cultivation on small parcels. They tried to figure out what’s an allowable, reasonable amount that doesn’t require a permitting process (mind you, this is all about cultivation for medical marijuana purposes — if you’re not growing medi-pot then you’re just straight-up breaking the law). The Medical Marijuana Subcommittee will tackle marijuana cultivation on larger parcels at a later date. The subcommittee’s latest issuance is akin to the county’s already existing indoor marijuana ordinance which allows no more than 50 square feet of weed canopy indoors. (Reference above links.)

Lovelace says with any regulatory process, as a general rule you look at three basic groupings:

As for legalization, Lovelace says that their effort to regulate cultivation on small parcels is absolutely worthwhile in the face of legalization — the only change needed if legalization occurs is to drop any reference to medical marijuana.

Well, just a couple of points about the Medical Marijuana Subcommittee’s “notes” and then you can talk amongst yourselves. First of all, outdoor cultivation on parcels less than 1/2 acre in size is to be prohibited. C’mon now — what if grandma wants to throw a plant or two in her garden? She shouldn’t have to grow no stinkin’ indoor weed. And no more than 5 plants will be allowed on parcels 1/2-5 acres in size?! That’s a departure from the Humboldt County norm, I’d say.

The fact is, some Humboldt folks hate the stank of the stanky danky and the sight of multitudes of mega-marijuana plants thriving in their neighbors’ yards. So these notes, this attempt at some sort of regulatory framework for cultivation on small parcels is a compromise. Compromise — it’s so un-American. (Joking… I’m joking.)