Arkley Email: Our County and City are Being Taken Over by the Homeless 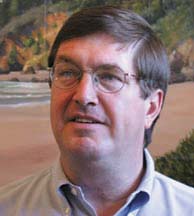 Original post: Eureka businessman Rob Arkley has had it with what he sees as a local homeless invasion and is itching to do something about it. The Lost Coast Outpost received an email written by Arkley that’s beginning to make the rounds announcing a meeting to discuss the issue to be held at Eureka’s Wharfinger Building on Wednesday, September 18 at 5:30 p.m. And you’re invited!

“Specifically, I would like to know what policies and programs can be cut that will reduce the number of homeless,” Arkley writes. Full email below:

Meeting Regarding the Homeless Issue

RSVP Yes or No to sfuller@snsc.com

Please forward to your friends who may also be interested

Our County and City are being taken over by the homeless.  It seems as though many of the policies being pursued by our County and City governments, and certain not-for-profits, actually encourage the homeless to come here and stay here.  Free food, showers, clean clothes, assistance above state averages, free housing, lax jail policies are just some of the attractive  programs and policies. Clearly, too much right has become wrong.  We have become a Mecca for the homeless and we all pay the price. Garbage or dump fees from trash and discarded clothing left on streets, sidewalks, alleys and private property have become “our” responsibility.  Health and environmental issues arise from the same public areas and private property being freely used for urination and defecation, not to mention the aesthetics, or lack of, from this behavior.  The general public is not comfortable walking in certain well known locations around our cities and county because the homeless with their antics have taken over what should belong to, and be enjoyed by, all of us.

I feel as though we are like the frog in the boiling water.  It has gotten to the point where everybody knows that the homeless are a huge problem, but nobody is doing anything.  All of our businesses are being negatively impacted.  It is difficult to attract people to Eureka.  Who wants to be panhandled on the way to an interview for a job?  What business owner wants to invest in real estate that is negatively impacted by trash and loitering?

I think that it is time for us to get together and see if we can build a consensus on how to deal with this issue. Specifically, I would like to know what policies and programs can be cut that will reduce the number of homeless. I often hear that if we don’t provide certain services to the homeless, monies will be withheld by state and federal governments.  While some, especially government and certain not-for-profits, may consider this dire, we need to make sure that elected officials understand that while government may lose monies, our private businesses and households may well be better off without the crime, environmental damage and monetary costs that these additional monies attract.  It will also be interesting to see if the negative impacts of the homeless programs on local business and quality of life for the community are monetarily weighed.

Folks, let’s take our area back and encourage our elected officials to take steps that consider the overall negative impacts on all of us created by enrolling in programs designed to “help” the homeless.  I have no doubt that when weighed against the loss of governmental revenue, the benefits to all of us by rejecting the monies would dwarf the downside.