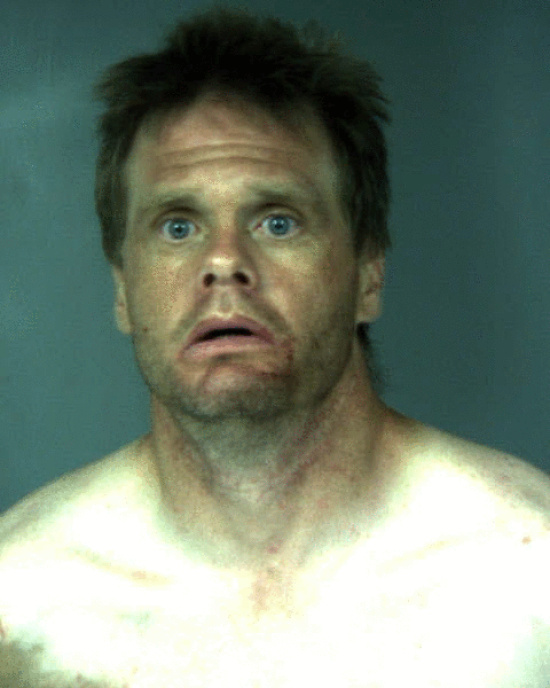 On September 3rd, 2013 at about 9:30 PM, a local resident called the Eureka Police Department’s (EPD) dispatch center to report someone had just stolen his 2005 Chrysler Sebring convertible from the parking lot of a business on the 600 block of West Harris Street, Eureka.

The victim, a Korean War veteran, explained he’d left his vehicle running with the door open while he got out to check for a possible water leak he’d noticed under his engine. While he was leaning over looking for the source of the leak, an unidentified white male with no shirt and multiple tattoos jumped in and drove off in his car. The suspect was last seen driving eastbound on West Harris Street.

EPD officers set up surveillance at several locations around the city as they searched for the stolen Sebring. At 10:06 PM, an officer spotted the Sebring traveling southbound on Broadway near Wabash Avenue. A high risk traffic stop was initiated on the vehicle at Glenn and West Harris Streets once additional police units were in position.

The suspect, later identified as Michael David Podesta (age 38), attempted to evade officers and a short vehicle pursuit ensued. Podesta turned right onto Thomas from Glenn Street and continued westbound at a high rate of speed. Upon reaching the dead end of Gross Street, he abandoned the vehicle and fled on foot toward a nearby greenbelt area.

Podesta didn’t get very far. Pursuing officers tackled him at the head of the trail leading into the greenbelt and he was taken into custody after a brief struggle.

At the time of his arrest, Podesta exhibited symptoms consistent with being under the influence of a central nervous system stimulant such as methamphetamine.

Podesta was transported to the Humboldt County Correctional Facility (HCCF) where he was booked for auto theft, evading, resisting arrest, driving with a suspended license, and violations of his Post Release Community Supervision (PRCS) and probation.

Podesta was on formal felony probation for burglary, receiving/possessing stolen property, and possession of a controlled substance. He was also on Post Release Community Supervision for burglary. (He was released from prison and is now supervised by the Humboldt County Probation Department.) 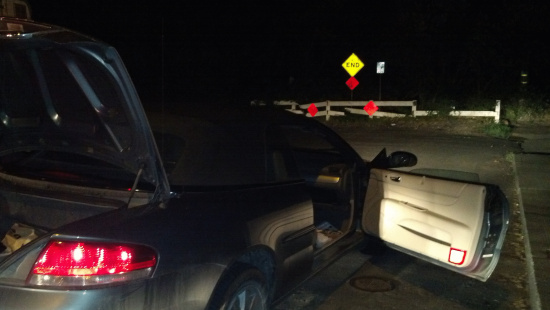