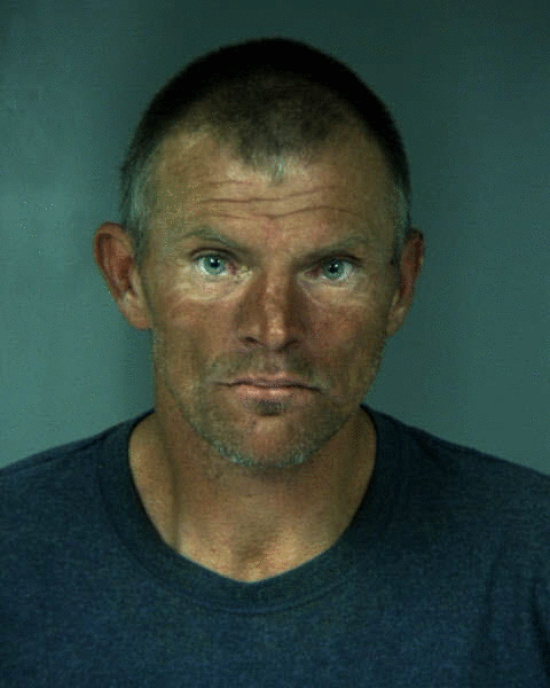 On 8/11/14, at about 2:36 AM, Eureka Police Department officers were dispatched to a residence on the 1700 block of Sunny Avenue for a residential burglary in progress. The 30-year–old victim reported she was home sleeping with her young daughter when she awoke to find an unknown male in her kitchen. When she confronted the male, who was armed with a large knife seen protruding from one of his pockets, he charged at her. The victim retreated to her bedroom, locked the door, and called 911.

The suspect was gone upon officers’ arrival. Officers located a large kitchen cleaver resting on a table just outside the victim’s bedroom that the suspect had left behind. It appeared the suspect had entered the residence by removing a screen and climbing through a side window.

At 3:07 AM, while officers were still processing the scene for evidence and searching the vicinity for the suspect, EPD dispatch received another report of a residential burglary in progress on the 1900 block of ‘S’ Street. The caller reported they’d just found an unknown male inside their residence. The male was reported to currently be inside the victims’ car which was parked inside their attached garage. Upon arrival a short time later, officers found the main garage door open but the suspect was gone. Officers began searching the vicinity with the assistance of an EPD K-9 team.

Officers tracked the suspect to the woods behind a nearby residence east of the victims’ home. Officers located the suspect, Kevin Patrick Simpson (age 42), hiding in the brush where he was taken into custody. Simpson was found to be in possession of several items stolen from the second victims’ residence. He was also armed with a large, concealed kitchen knife.

Simpson was positively identified by the victims’ as the suspect in both burglaries. He was arrested and transported to the Humboldt County Jail where he was booked for first degree burglary (two counts), possession of stolen property, attempted auto theft, unlawful carrying of a concealed fixed blade knife, and probation violation. His bail was set at $125,000.00.