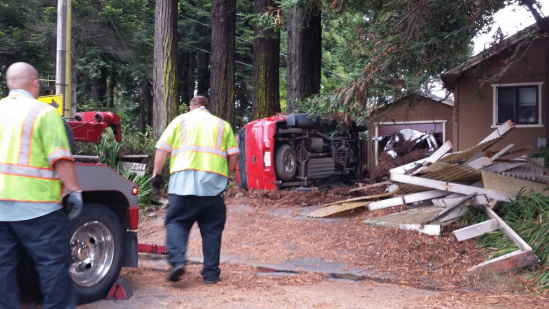 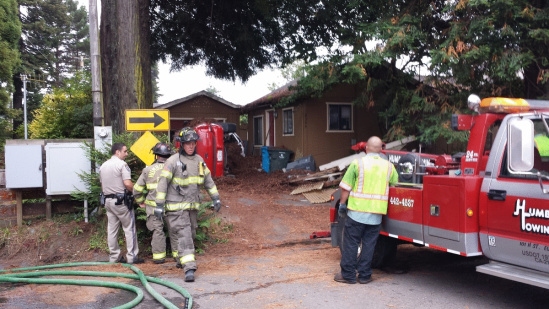 LoCO readers and the CHP Dispatch log have informed us of a vehicle v. house collision in Cutten near Sequoia Park within the last hour.

The Outpost’s Ryan Burns hustled to the scene, got a report and sent in some photos. A Humboldt Bay Fire employee at the scene tells Burns that the driver failed to make a turn, and doesn’t appear to have even tried to do so — no skid marks were found. The driver was bloody when he escaped from the car and fled, witnesses say. 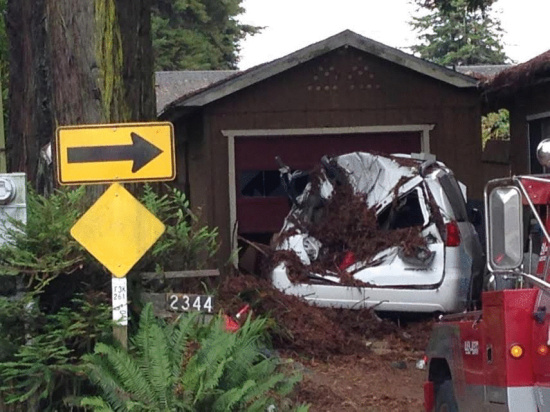 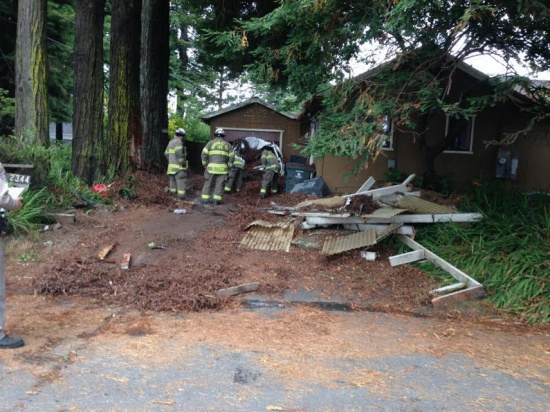 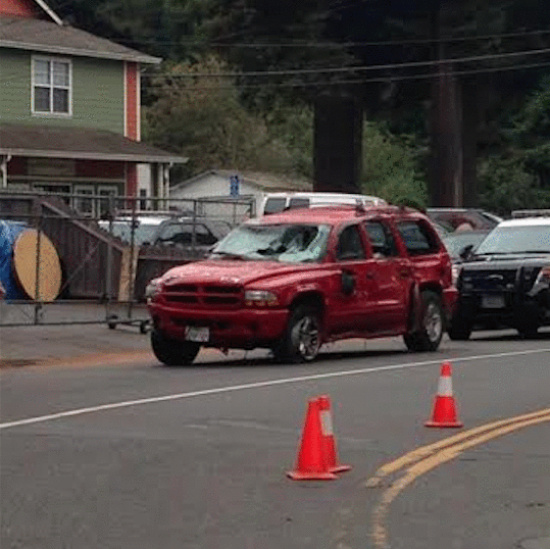 (One more below taken pre-tow by LoCO friend Natasha Ricke.) 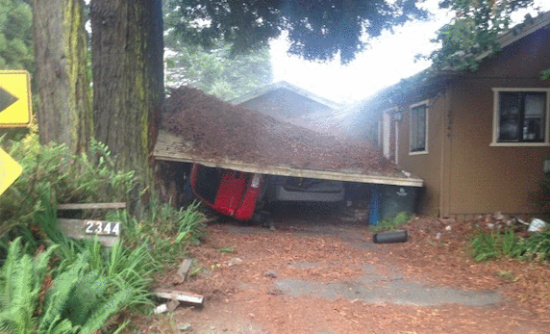