Dramatic River Rescue in Darkness Near Willow Creek This Morning; Crash Happened Just Down the Road From CHP Shooting » 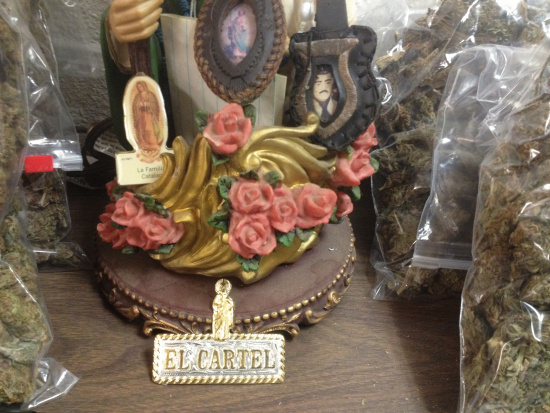 On 12/17/14 at about 10:00 a.m. Humboldt County Drug Task Force Agents served a search warrant on a residence at the 300 block of Loleta Drive, in Loleta. Task Force Agents had the house under surveillance and several agents were in position behind the residence. As the Task Force Agents made the approach on the residence, a male subject standing at the rear of residence spotted the approaching agents and fled on foot toward his parked vehicle at rear alley area. That suspect was later identified as Rolondo Coneuo-Beccerra (age 24). Coneuo- Becerra refused to stop and ran south toward the alley, but was quickly apprehended by the surveillance team. Coneuo-Becerra was found to be in possession of over $9,000.00 in cash and 58 grams of suspected cocaine that he had dropped while fleeing from the approaching search team. Coneuo- Becerra’s vehicle was later searched and agents more than ¾ lbs of bulk packaged methamphetamine and Hydrocodone pills hidden within the vehicles engine frame.

A complete search of the residence was conducted and five (5) additional subjects were located inside the two story home. The five subjects were detained and interviewed regarding four (4) pounds of processed and packaged marijuana, 10 additional grams of suspected cocaine. These items were found during the evidence search. A pistol gripped 12 gauge shotgun was found hidden in the ceiling tiles of the laundry room. 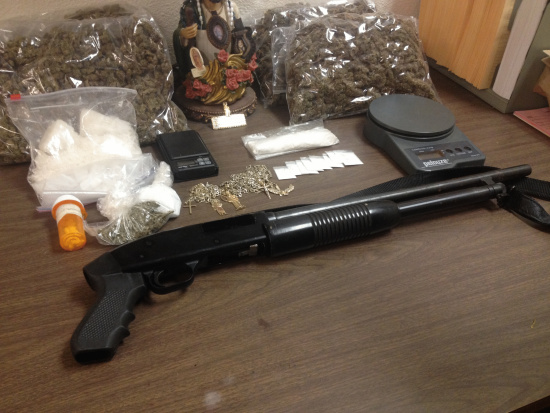 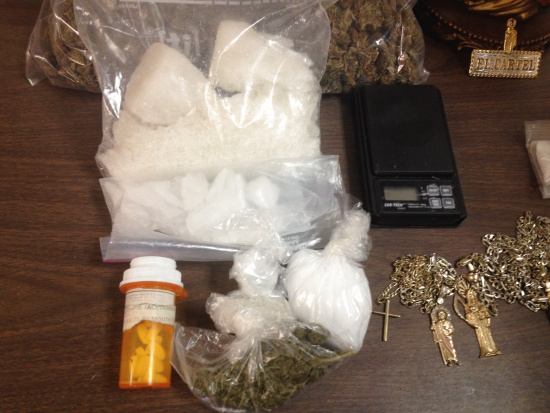