A LoCO reader helped recover a stolen vehicle and put an alleged thief behind bars this week. On Wednesday, February 19th, Alex Beard, an employee of Bob’s Humboldt Pawndamonium on Broadway, observed the Hyundai Elantra featured on a LoCO BOLO earlier this month by his business and reported it to the EPD. The driver was arrested and so was one of the driver’s companions. 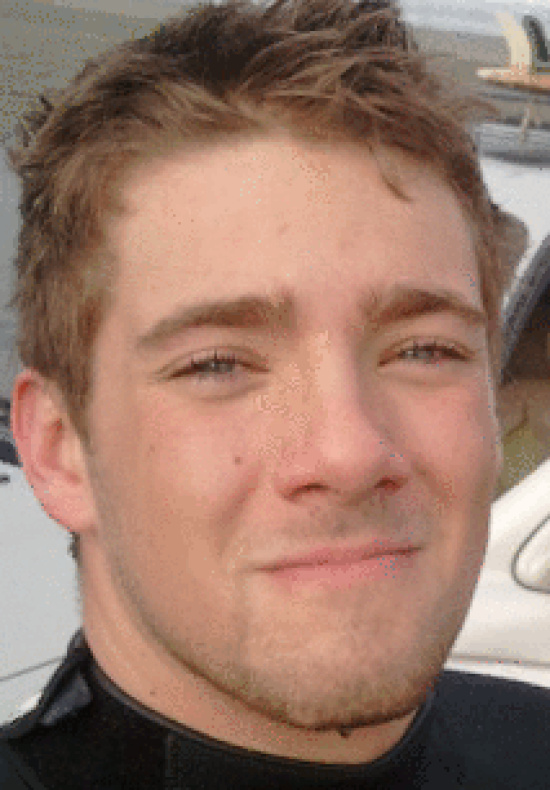 Beard (pictured to the right) said that he saw the stolen vehicle on the Lost Coast Outpost because he looks at “Booked almost every day to see if there are customers on there.”  Every once in awhile, he says, “there are.”

The story begins one day earlier this week when Beard was hurrying to work. As he pulled up to a stoplight, he noticed an Elantra in the turn lane next to him. He saw the damage to the right corner bumper and it reminded him of the post he’d seen online. He looked at the driver but the man was wearing a flat brimmed hat pulled down low over his eyes. At that point the vehicle turned and Beard continued to work but he wondered if this had been the stolen car.

At his job, Beard continued to think about the car. He even talked about what he’d seen to his fellow employees.

Then on Wednesday, the man with the same flat brimmed hat worn low came into the pawn shop where Beard worked. The man, along with another man and a woman, was hoping to pawn some items.

Beard remembered the fellow. He looked for and located the vehicle with the damaged bumper outside. He quickly wrote down the license plate number without being observed and ran back in to check the LoCO’s BOLO for the number on the stolen Elanta’s plate.  When he discovered the two numbers matched, he told his manager.

The manager quickly called law enforcement and Beard helped stall the man in the flat brimmed hat until EPD arrived. “EPD was very quick, ” he said, “They stayed on the phone the whole time. Then three squad cars pulled in behind the car.” Officers came into the shop and the man in the flat brimmed hat, John Wayne Ellis, was arrested for vehicle theft. The other man, John Allen Eccles, was arrested for other offenses. (Image below was taken from Booked for February 20.)

“It irks me thinking about all the stolen stuff [in this area,]” Beard said. “It is nice to see someone get cuffed in front of you. Justice served finally!”

The owner of the vehicle, KD Sherar, said the vehicle was almost as good as when it was stolen. “There is like a broken cup holder and it smells like cigarettes. Other than that it is in good shape,” she said. Her home was broken into and many items stolen (including jewelry and her cheerleading uniform) at the same time her car was taken. Now, that she knows the story on how her vehicle was found, she’s going to make the rounds of local pawn shops in hopes of seeing some of the items she lost.

To help give law enforcement and the community tools to reunite owners with stolen goods, Beard suggests that readers should write down their serial numbers on items that might get taken and to snap photographs of their vehicles.

Who will be the next one to spot a stolen item and make sure the rightful owner gets it back?