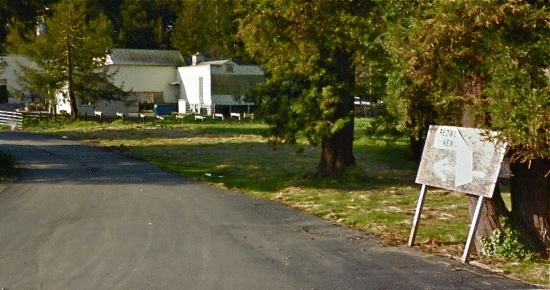 On July 2, Myrtletown’s Redwood Meat Company received a letter from the USDA’s Food Safety Inspection Service listing several instances of botched cattle slaughtering at the company’s “knocking” facility, where animals are stunned before being killed. The service said that it was withdrawing USDA certification of all Redwood Meat products due to the firm’s “continued failure to maintain or implement required controls to prevent the inhumane handling and slaughtering of livestock.”

It was the second time this year that federal regulators have suspended Redwood Meat’s USDA certification on these grounds. Back in March, the Food Safety Inspection Service similarly suspended Redwood Meat’s certification after inspectors witnessed a bungled lamb slaughter. The suspension was lifted (or “held in abeyance,” technically) after the company promised improvements, but the cost of such improvements led Redwood Meat to abandon a non-core aspect of its business – hog processing.

The suspension earlier this month – which was also lifted after a few days – was due to inhumane treatment of cattle, which is Redwood Meat’s core business. According to the Food Safety Inspection Service’s letter, an inspector was walking to the “knocking area” of the facility when he witnessed the following scene:

He saw [REDACTED], a plant employee, running past him to the management office to get more bullets for the rifle since the [REDACTED] had indicated they had run out of bullets. The FSIS Food Inspector observed a steer with his legs folded underneath and head upright, with a hole from the captive bolt gun located at the caudal (top) edge of the head. The animal was rhythmically breathing inside the knock box and was partially standing, so that it was not leaning against the sides of the knock box.

The FSIS Food Inspector asked [REDACTED], standing at the knocking box, if he was going to use the rifle to render the animal unconscious. The operator informed him that they did not have more bullets. The FSIS Food Inspector told the stunner operator to use one of the other three visible and available hand-held captive bolt guns to re-stun the animal. When the stunner operator utilized the captive bolt gun, this second stun attempt rendered the steer completely unconscious.

The letter notes that the botched execution violated federal law regarding the humane treatment of animals for slaughter, and it re-suspended USDA certification of the facility. It also noted several other pieces of substandard equipment in the facility that led to animals being injured or killed inhumanely, and one instance where plant personnel kicked two sheep in moving them out of a trailer.

This most recent suspension was again lifted on July 14, after the company agreed to a new list of facility improvements, including additional reporting requirements, new backup “knocking” equipment, and employee training on how to recognize whether or not a “knocked” animal has truly been stunned or killed.

The temporary suspension of Redwood Meat Company’s USDA certification affected the entire local cattle industry, which depends on a licensed local facility that can process beef for sale. Reached earlier today, Sarah Mora, co-owner of Humboldt Grassfed Beef, told the Outpost that she did not wish to speak to the details of the most recent suspension, which left her and other beef processors without a local slaughterhouse for a little over a week, but she did say that the closure underlined Redwood Meat’s importance to the local industry.

“It’s a critical infrastructural element that we need to have,” Mora said. She added that she hoped Redwood Meat’s management and the USDA inspectors could work together to ensure such suspensions do not happen again.