« Flatmo’d: A Farewell to Arms 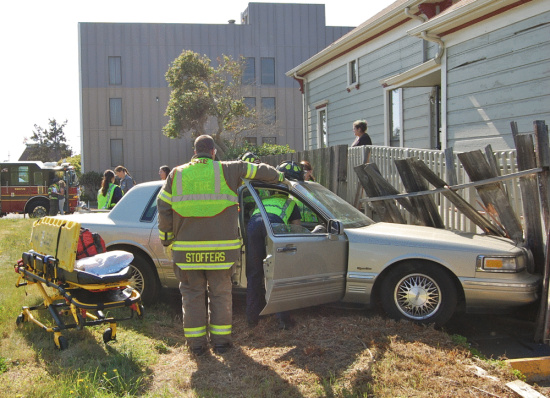 A Lincoln Town Car reportedly swerved through traffic, jumped a curb and smashed into a fence just minutes ago near the intersection of V and Third streets in Eureka.

The Outpost‘s Andrew Goff was there and text reported as follows:

“Witnesses on the scene say the vehicle was traveling north on V Street and just missed two cars before jumping the curb, between two trees and ultimately colliding with a fence. Emergency responders just put the driver in an ambulance. It doesn’t appear she hit the fence at a high rate of speed.” 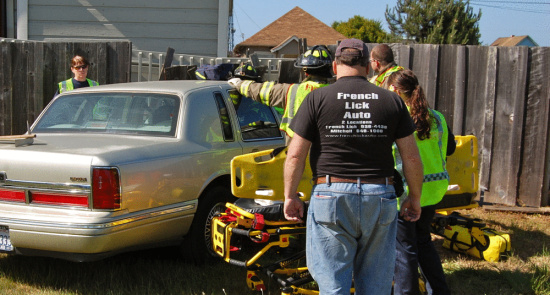