Humboldt, We Have Egg, PART II » 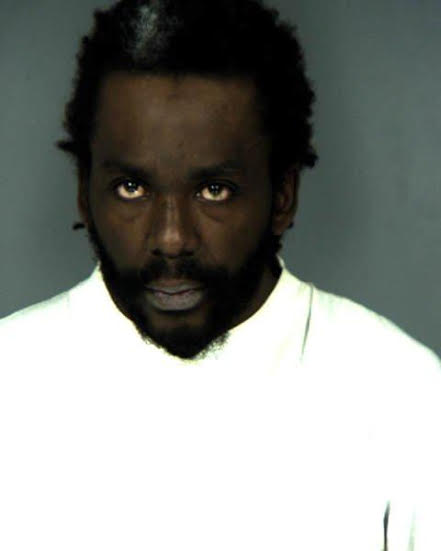 On 03-21-2014, at approximately 2:15 a.m., the Humboldt County Sheriff’s Office was notified of a 32 year old female assault victim at the Country Club Market. Deputies and medical personnel responded to the market and met with the victim and a female witness who was a friend of the victim. Deputies saw the victim had several deep cuts on her hands and injuries to her face, and a possible broken arm. The victim told deputies her husband Torry Williams, 32 years old, had assaulted her at their residence located in the 2000 block of Stanford Circle, Eureka. The victim told the deputies they have been separated due to his violence and she and a friend had stopped by the residence to speak with him. When she knocked on the door, he opened the door and grabbed her by the hair, then dragged her into the home and immediately began to assault her with his fists, striking her in the head and facial area. During the assault he grabbed a machete and began assaulting her with it. She grabbed the blade of the machete during the assault trying to keep from getting struck and injured her hands. The victim was able to fend off Williams and was able to run to her friend’s car outside. Williams chased after her with the machete as she ran away. She was able to get into the passenger seat of her friends car and they drove away. Williams was striking her friends vehicle with the machete as they drove away.

Deputies responded to the residence and located Williams in the home. He was arrested for assault with a deadly weapon, kidnapping, domestic violence, violation of a court order and violation of probation. Deputies also located a machete with an 18” long blade on the kitchen counter. Outside the residence they found a piece of the friend’s car on the ground, that appeared to have been sliced off by a sharp object.

Williams was transported to the Humboldt County Correctional Facility where his bail was set at $100,000.00.