DEAD RECKONING: What Did Grandpa Ever Do to You? » 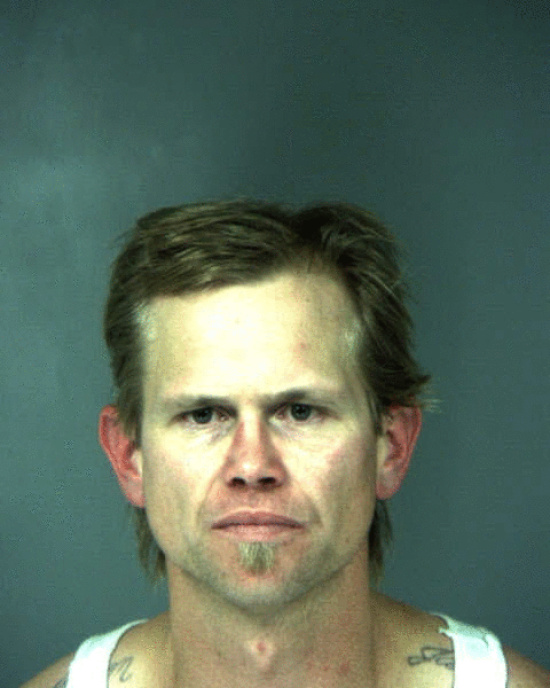 As the result of an incident on Halloween night, Eureka Police are seeking Jason Ryan Omholt for vehicle theft, using that vehicle to strike a law enforcement vehicle, and evading arrest. (See press release below.)

Omholt was arrested in 2007 for a series of robberies with two other men. One of the men, his 18-year-old half-brother, Zachary Cooke, was shot and killed during a standoff with law enforcement on Albee Street in Eureka. For more information on the incidents in 2006 and 2007 involving a string of robberies that ended with Omholt’s arrest and Cooke’s death, go here.

On 10/31/14, at approximately 9:22 PM, EPD Officers were dispatched to the 400 block of Randall Street on the report of a vehicle theft that had occurred within the previous hour. The vehicle was reported to be a black Audi Q5 SUV with Massachusetts plates. Officers learned the victim’s iPhone had been inside the vehicle at the time of the theft, and the victim had tracked the phone to the vicinity of Carolyn Court off of Herrick Avenue.

Officers subsequently located the vehicle in a carport on the 5300 block of Carolyn Court and attempted to block it in with a patrol car.  As the Officers prepared to ascertain if anyone was in the vehicle (which was difficult due to luggage in the rear blocking the view of the passenger compartment), the vehicle suddenly accelerated out of the carport in reverse and collided with the front portion of the patrol vehicle causing damage to its push bar. The driver of the vehicle then attempted to drive over a brick and wood fence which disabled the vehicle. The driver, a white male adult, fled on foot. Officers gave chase and unsuccessfully attempted to use a Taser to subdue him. The suspect fled over several fences and remains at large. No officers were injured.

A witness identified the driver as Jason Ryan Omholt. Omholt is currently wanted on two outstanding felony arrest warrants.  EPD will be seeking the issuance of an additional arrest warrant for Omholt for charges stemming from this incident. Anyone with information concerning Omholt’s whereabouts is asked to contact the Eureka Police Department at (707) 441-4044.