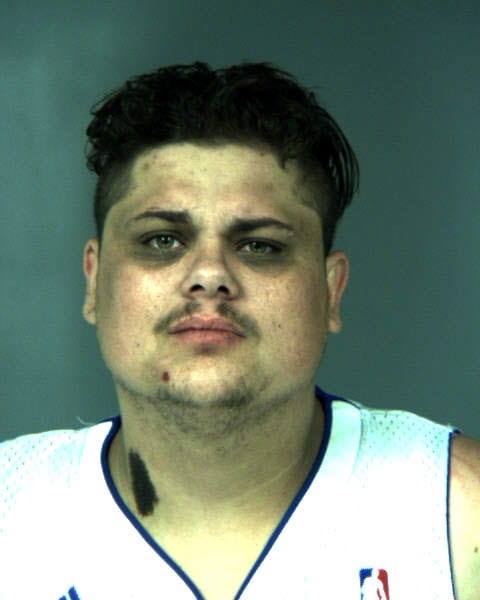 On 11/25/2014 at about 3:30 am, an officer with the Arcata Police Department conducted a registration check on a suspicious vehicle entering southbound Highway 101 near Samoa Blvd. The vehicle returned as reported stolen from a Eureka car dealership.

The officer attempted a traffic stop on the vehicle near Bayside cutoff. The driver immediately fled, turning east on Bayside cutoff and then south on Old Arcata Rd. The officer pursued the vehicle south on Bayside Rd. As the driver of the stolen vehicle reached the round-a-bout at Indianola Rd, he lost control of the vehicle and collided with the center median. When the officer stopped his patrol car behind the stolen vehicle, the driver backed up his vehicle, ramming the patrol car. He repeated this several times in an attempt to free his vehicle and presumably flee.

Hamilton was transported to St. Joseph’s Hospital for treatment of minor injuries he sustained in the collision, before being booked into the Humboldt County Jail.