« Deputies Chase Motorcycle Through College of the Redwoods and Beyond

Fortuna Schools Briefly Placed on Lockdown Due to Employee Behavior » 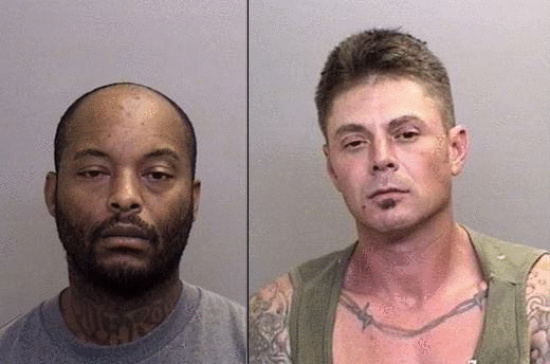 On 10-13-2014 at 12:35 PM, Mendocino County Sheriff’s Deputies were dispatched to a reported burglary in the 23000 block of Reynolds Highway in Willits, California.

The homeowner had arrived at the residence and observed a large U-Haul parked in front of their residence.  The homeowner was able to see two male adults inside the U-Haul.

The U-Haul left the area and the homeowner realized the residence had just been burglarized and there were several items that had been stolen. The homeowner attempted to locate the U-Haul but was unsuccessful.

As Deputies were leaving the residence, a second report of a fresh burglary was reported in the 5300 block of Wild Iris Lane in Willits, California.

Deputies arrived and spoke with this homeowner who advised he arrived at the home and observed a large U-Haul parked in his driveway.

The homeowner spoke with two male adults, which matched the same physical description of the suspects in the Reynolds Highway burglary earlier in the day.

Both male adults advised they were looking for an address and then drove off in the U-Haul prior to the homeowner entering their residence.  Once inside the residence the homeowner discovered several items had been moved around but nothing appeared to be missing.

At about 2:10 PM, Deputies received a report of a suspicious U-Haul on Muir Mill Road in Willits, California.

A Deputy responded to the area and observed two male adults matching the physical descriptions from the previous burglaries seated inside a U-Haul.

The U-Haul began driving towards the Deputy as he exited his vehicle to contact them.

The U-Haul failed to stop, driving off at a high rate of speed causing the Deputy to jump out of the path of the U-Haul to prevent being struck.

A second Deputy was approaching in a patrol vehicle and was able to conduct a traffic stop of the U-Haul.

The U-Haul driver refused to exit the vehicle and the Deputy deployed his Taser for safety reasons.

The U-Haul speed off again leading the Deputies on a pursuit along Baechtel Road to Holly Street and then southbound on Locust Street.

The U-Haul later stopped near the end of Locust Street, where both occupants fled on foot.

During a search of the area, both occupants were located by two California Highway Patrol Officers who responded to the scene to assist in the search.  The subjects were found hiding in a creek bed in the vicinity of the U-Haul.

The subjects were identified as being Joshua Hayes [age 43 of Arcata] and Solomon Woods [age 40 of Eureka.]

A firearm was located inside the U-Haul that did not belong to any of the burglary victims.

Hayes and Woods were arrested on the listed charges and booked into the Mendocino County Jail where each was to be held in lieu of $50,000.00 bail.