« Convoy Spotted Hauling Lots of Weed Out of Weott 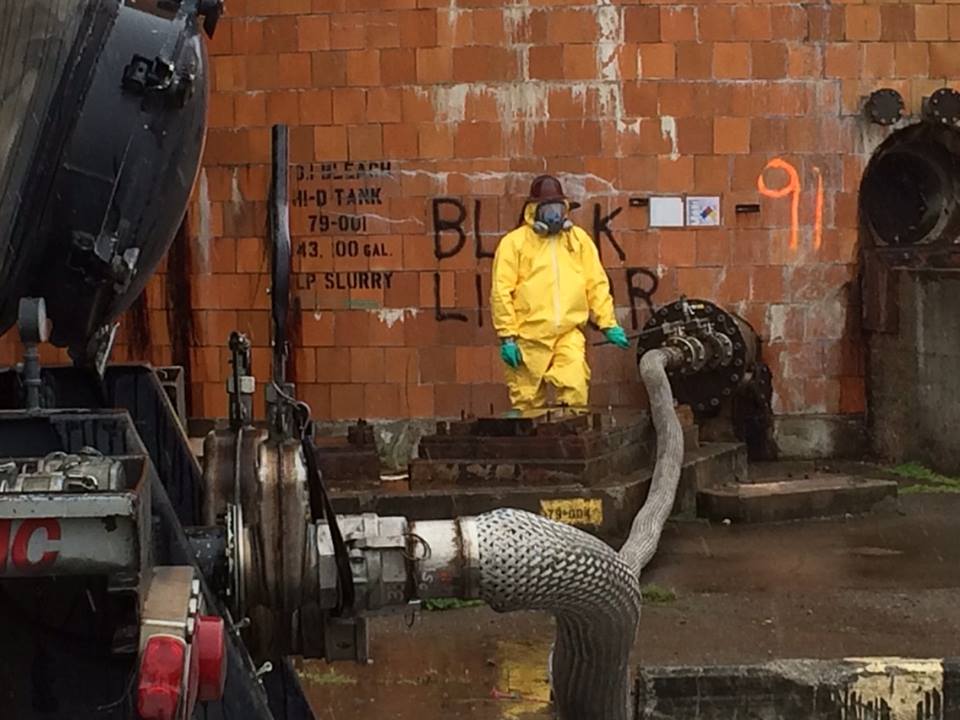 Huffman praised the Humboldt Bay Harbor, Recreation and Conservation District, the U.S. Environmental Protection Agency (EPA), the U.S. Coast Guard and Coast Seafoods for their rapid response to what was a potential disaster. Last summer, EPA was approached by the Harbor District about millions of gallons of highly caustic pulping liquors abandoned by previous owners in tanks that were inappropriate for storage and actively leaking. Due to the volume of the liquors on site and their proximity to Humboldt Bay, all parties worked diligently to secure the site and began working on a plan to remove the chemicals.

“I’m very pleased that the final truckloads of caustic chemicals have left the Samoa pulp mill site, ensuring that Humboldt Bay is protected from a toxic legacy irresponsibly abandoned by previous owners,” Huffman said. “I thank the Harbor District, the EPA, the Coast Guard, Coast Seafoods and the community for their response to such a grave threat to one of my district’s most precious resources.”

The Harbor District purchased the mill last year, which never restarted following its 2008 shut down. When the potential for severe environmental harm became clear, Coast Seafoods extended a line of credit to get the shipping under way, recognizing the threat to the shellfish resources in the Bay. As the EPA became involved, the cleanup was elevated to the highest level of the agency. Kapstone Paper and Packaging Corporation in Longview, Wash. was willing to receive the chemicals for reuse and recycling. The North Coast Regional Water Quality Control Board and the state Department of Toxic Substances Control also assisted in the cleanup.

“I am thankful to our local, state and federal partners in this incredible effort to address the dire threat to Humboldt Bay,” said Harbor District President Richard Marks. “The completion of the cleanup will allow the Harbor District to use this important property to create jobs and build an economy on the Bay appropriate for the 21st century.”

“Completing this first phase of work is an important milestone as EPA protects Humboldt Bay and the community from the threat of toxic releases from the abandoned Samoa Pulp Mill,” said Jared Blumenfeld, EPA’s Regional Administrator for the Pacific Southwest.  “Reusing hazardous chemicals from the site promotes our mission to both protect the environment and conserve resources.  Our partners at the Harbor District, the Coast Guard, and Kapstone Paper and Packaging were essential to our success.”

“Without the hard work and partnership between these local, state and federal agencies, this could have been a massive disaster that polluted Humboldt Bay beyond repair,”Huffman said. “Instead, it’s an ongoing success story that will continue until the cleanup is complete and the property can be put to better use for the benefit of the local economy and environment.”