« Getting Some of That Squid Action in Humboldt Coastal Waters

Craigslist is notorious for ads with an attitude or a bizarre twist. (See here for one that went viral. See here for a group of local ads with a Emerald Triangle twist.)

Yesterday’s ad from Eureka has the potential to go viral. (The language gets a bit salty so beware scrolling below the photo to read it.)

We’d sure like to know if this anti-ad sells the beast.

Sample piece of the ad: 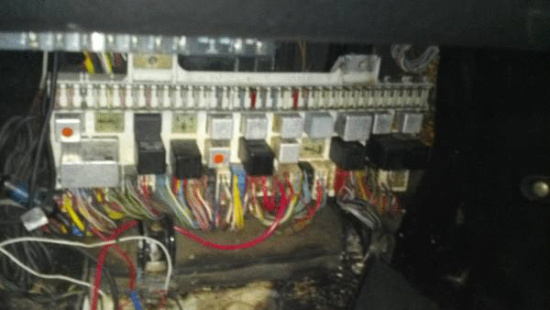 - Driver’s side door only opens from the inside
- 174,000 miles and the odometer is busted (which previous owner didn’t fucking tell me)
- NUMEROUS electrical faults (Lights, wipers, and radio may or may not work)
- Smells musty as fuck
- AC doesn’t work and I don’t know exactly how fucked the system is
- Because it’s a Porsche, even the fucking GAS CAP is Special and the one it has now doesn’t let the door fully close
- The wheel hub can fail on you, leaving you without braking power, and all it sounds like is road noise right up until your wheel is about to fall the fuck off
- Seriously, it’s a Porsche, EVERYTHING is Special & Expensive
- Various electrical faults mean the battery drains overnight so BRING A BATTERY if you want to take a chance on driving it anywhere
- One of the body panels doesn’t quite fucking match
- Speedometer broke within days of buying the fucking thing
- Feels like you’re doing 50 when in fact you’re going over 80 on the 101 when it’s wet
- Amazing ability to have shit break on you at the worst possible moment
- Huge V8 engine means this bastard is not particularly cheap to run around even in the best of repair
- This may tempt you to outrun cops (don’t try, you don’t outrun a God damn Motorola radio)
- Even though it’s a Porsche, it’s not considered a REAL Porsche by Real Porsche Guys
- Real Porsche Guys will SPIT ON YOU
- Yes, they will SPIT ON YOU
- They are good at knowing when you’re going to OPEN YOUR MOUTH to mention the V8 motor and their aim is BALLS-ON
- The motor’s in the front, the battery’s in the back, and it’s technically a hatchback kinda-sorta?
- As the most powerfully-engined Porsche ever made, it is highly likely to kill your dumb ass
- It stranded MY dumb ass in fucking BARSTOW for a fucking WEEK
- It may well make you realize exactly how much you HATE DRIVING
- The registration is out of date a couple-few years; if you’re turned off by a little extra expense THIS IS CLEARLY NOT THE FUCKING CAR FOR YOU, PRIVATE PYLE

—— SUGGESTED USES FOR THIS CURSED CAR ——

- Enter it into a Demolition Derby and turn some fucking heads (and maybe make some dudes cry in the stands)
- Do you have a son you don’t like? Get it running and let him borrow it. Nature will quickly take its course!
- Nobody’s really tried to get into the “car-eating” game since Michel Lotito, so why not give it a shot? The relatively nice leather interior will go down smoothest, but I suggest a Sawzall to get the rest down to eating size. Bon appetit!
- You can FUCK IT for all I care
-[Edited Out but follow the link for the full very salty version]

DESPITE ALL THAT, THE PRICE IS NON-NEGOTIABLE.

If 25 bills even makes you BAT AN EYE, YOU CAN’T REALLY AFFORD THIS CAR. BRING A MEANS OF TOWING, PREFERABLY ONE YOU OWN. YOU HAVE BEEN WARNED.

ALL CASH WILL BE PEN-CHECKED AT MY BANK.

IF YOU THINK I’LL LET YOU TAKE IT BEFORE A CHECK CLEARS YOU’RE A DUMB MOTHERFUCKER SO YOU MIGHT AS WELL BRING CASH.

IF YOU WANNA HAGGLE, THIS IS THE ONLY DEAL: I’LL ONLY NEGOTIATE IF YOU CAN DO MORE PUSH-UPS THAN I CAN. THIS ISN’T HARD. ALSO, BY HAGGLING YOU CONSENT TO THE CAMEL CLUTCH AND SUBSEQUENT HUMBLING. DO YOU REALLY WANNA RISK THAT?

If you couldn’t tell from the above, this is AS-IS. Text or e-mail preferred; if you MUST call, PLEASE make it between 8 AM and 8 PM. There may be a quiz.