« Bicyclist Stopped in Garberville With Heroin 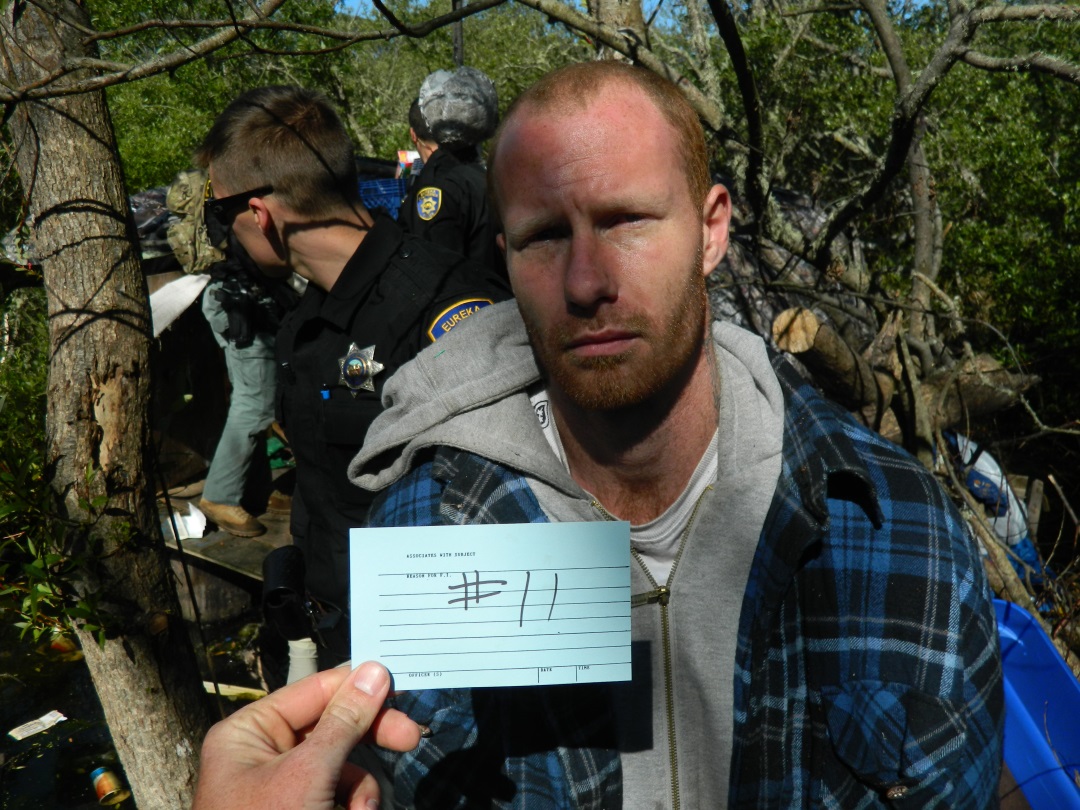 Earlier today the Outpost posted some blow-by-blow coverage of what the Eureka Police Department dubbed “Operation Safe Trails,” a multi-agency law enforcement sweep of the greenbelt area behind the Bayshore Mall. In all, close to 50 officers converged on what EPD Captain Steve Watson describes as “criminal predators” who have infiltrated the homeless camps in the area.

Here’s a press release from the Eureka Police Department on this morning’s campaign:

Over the past several months, the Eureka Police Department has observed a significant increase in violent crime, guns, and aggressive theft associated with the illegal encampments in the greenbelt areas surrounding the Bayshore Mall. A more hardened and aggressive criminal street element has moved in creating a dangerous subculture of violence and predation. These criminal predators have sheltered themselves among the more traditional homeless populations along the bay. This group poses not only a much greater threat to overall public safety in the area, but they also victimize the vulnerable among the camps. Most homeless report having been the victim of crime at a rate 50 times that of the general population.

This sweep was a team effort specifically organized to remove the criminal element from among the camps due to the unacceptable level of violence associated with this group. No persons were cited or arrested for camping violations.

During the approximately 5 hour campaign, dubbed “Operation Safe Trails,” officers contacted over 85 persons in and around the illegal encampments. 27 individuals were arrested for a myriad of offenses including 19 warrants (felony and misdemeanor) and 8 new crimes. The fresh arrests include possession of methamphetamine, felon in possession of a firearm and ammunition, possession of a short-barreled rifle, possession of drug paraphernalia, probation violation, and providing false identification to a peace officer. Over 93 individuals were contacted

Joshua Allen Stockhoff (age 27 of Eureka) was located in a makeshift shelter on a small island in the marshland south of Vigo Street. His camp was surrounded by water and officers had to use a small boat to reach it. During a search of Stockhoff’s camp, officers recovered a loaded sawed-off large caliber rifle, ammunition, and body armor.

Stockhoff was arrested for being a felon in possession of a firearm and ammunition and for possession of a short-barreled rifle (two counts each). At the time of his arrest, Stockhoff was wanted on identical charges stemming from a search warrant EPD served at another of his camps on 3/17/15. Stockhoff was booked into the Humboldt County Jail where his bail was increased to $150,000.00.

More photos from the EPD: 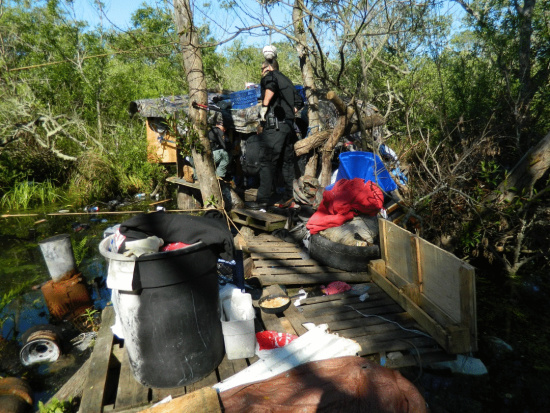 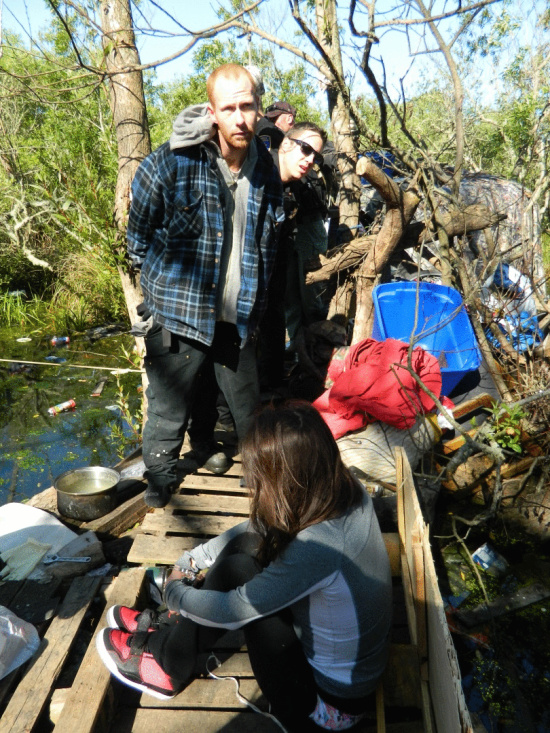 Stockoff being arrested. By EPD. 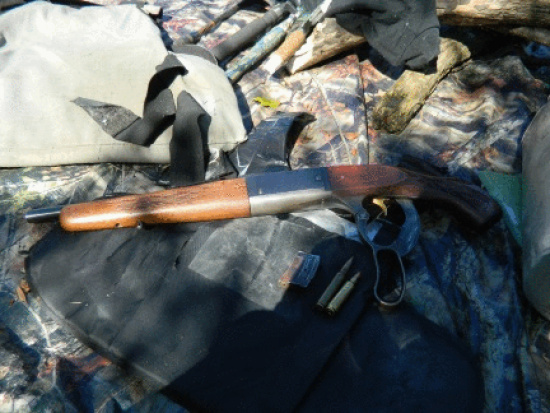 A shotgun found in the camp. By EPD.