The Golden Rule Will Return to Humboldt Bay Before Ten-Year U.S. Excursion »

MATTHEW IN THE MIDDLE: Homeless in Humboldt 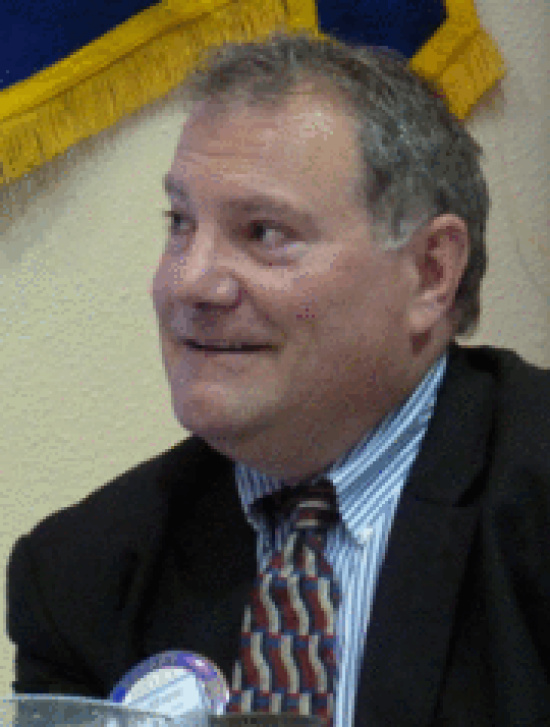 Many of us feel that Humboldt County has a higher per capita preponderance of homeless people than other surrounding areas and that’s because we do. The national rate of homeless is 0.2% or 2 homeless per 1,000 people. Using Humboldt County’s 2015 “point-in-time” homeless count, we have 1,319 homeless out of a county population of 134,827 (2012 US Census Bureau estimate) for 1.0% or 10 homeless folks per 1,000 residents. It’s estimated that half or 660 of Humboldt County’s homeless population lives in Eureka proper (population 26,913). That’s 2.45% or 24 homeless folks per 1,000 residents. Contrary to what you’re hearing out of Eureka City Hall, that’s more than twelve times (not two) the national average. The reasons are simple.

Topography: We all love the scenic natural beauty of our North Coast and so do the homeless. Can you drive ten blocks in Eureka without seeing a forest in the middle of our city? We have lots of forests, gulches, marshes and dunes for the homeless to blend into. That doesn’t work well with open, flat geography or cement cities. It’s hard to hide a tent or tarp in the desert or between skyscrapers.

Weather: We have temperate weather here on the North Coast ranging from 35 to 70 degrees. I was having dinner at the Elk’s Lodge recently with a couple from Wyoming and they were complaining about the homeless in Eureka.

I asked about their homeless problem in Wyoming.

He responded, “We don’t have homeless in Wyoming.”

“They’d freeze to death in the winters.”

Here in Humboldt it’s not too hot, nor too cold. In Redding, the weather can range from 15 degrees in the winter to 115 degrees in the summer. Bottom line, the homeless can deal with rain much easier than snow.

Liberal Attitudes: We have a tolerant, giving community towards the homeless and panhandlers, hence why we see so many people standing on our corners begging with signs (FYI… most of them are not homeless). If no one gave them any money, they wouldn’t be there begging. But you give. 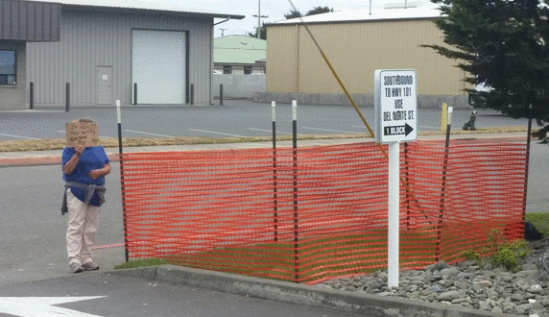 Costco recently put up these nylon fences outside their parking lot to keep the panhandlers off their property. How well did it work? The panhandlers moved 12 inches over. [Editor’s note: A Costco employee said this fence had nothing to do with panhandlers but rather was for landscaping purposes.] 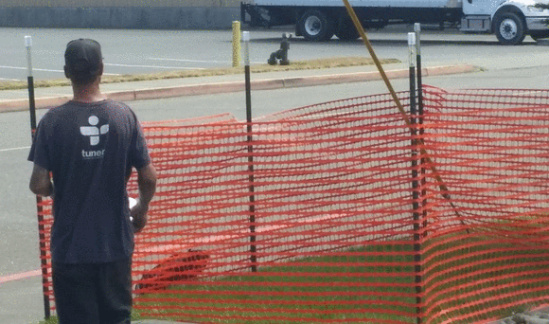 Now if Costco can only put up a sign that says, “Do not give to panhandlers. Give to local charities.” While many local businesses constantly complain about the homeless, they won’t do anything for fear of offending their bleeding heart customers. Other communities have law enforcement drive panhandlers to the edge of town and says, “Ya’ll keep moving and don’t come back now.” Our local ACLU would file a lawsuit.

101 Corridor: Name the largest city on 101 between Santa Rosa and Portland on the coast? It ain’t just Eureka. Redding is freaking out over their social ills as they are on the I-5 corridor. The homeless and travelers stick their thumbs out and head to the next city. If that city’s got topography, temperate weather and liberal attitudes – jackpot! Throw in easy access to drugs and well, I just might put down some roots in the Devils Playground.

Marijuana: We have a liberal attitude towards marijuana that bleeds into other drugs, both which are prevalent in our community. If you’re one of California’s best and brightest high school graduates, you’ll probably go on to Berkeley, Stanford, Cal Tech or UCLA to name a few great California colleges, then go off to San Francisco, Silicon Valley or LA to make your fame and fortune. If you’re a high school drop-out whose main skill in life is getting high, you’ll probably end up at the Emerald Triangle. One of the fastest growing homeless populations is “trimmigrants”, young adults who come out to Humboldt from around the world to earn cash trimming marijuana. Without a connect to vouch for them, it often doesn’t work out quite like planned and many of them end up homeless on our streets. Anyone been to Willow Creek or Garberville in September and notice the large numbers of young kids with backpacks just hanging out? Last season I heard a story of over 100 European trimmigrants who got stiffed for their trimming services and were stranded in Humboldt County, broke and homeless.

In June the wife and I were at Pupukea Grill, our favorite food truck on the North Shore of Hawaii. When they asked where we were from, we replied, “Humboldt County, California”.

The female cook in the truck smiles and says, “Yeah, I know where that is. I’ve got lots of friends who to go Humboldt.”

“No, they go there to trim for the season.”

We just shook our heads.

Eureka is the county seat so most of the social services are based in Eureka. However, Eureka is also home to many non-profit homeless services such as the Eureka Rescue Mission, St. Vincent De Paul, Betty Chinn Outreach Center, Salvation Army, local churches, etc. all located within walking distances. What do these services have in common? They are all private non-profits and the faith-based community and not run by the city, county, state, feds or any other government agency.

Some more facts: The County has General Relief (GR) or what we call welfare for the indigent, which is state mandated. I wouldn’t consider getting $303 per month “big money”. For the record, the number of people receiving GR in Humboldt County is down 71% from 2001. Plus GR is a lien against your social security number and has to be paid back whenever someone gets a job or goes on SSI (Supplemental Security Income, AKA: Social Security Disability), which is why people hate to get GR. Speaking of which, SSI is not a “County Department of Welfare give-away of my hard-earned tax dollars and I’m voting for Donald Trump” but rather a federal entitlement. In California, it provides a maximum $889.40 monthly check for life.  It’s the “Willie Wonka Golden Ticket” for many as you don’t have to prove a disability, but only claim a disability and get a judge to sign off on it.

I was attending a seminar at a Sacramento hotel a while back and an armed law enforcement officer was standing guard outside of one of the conference rooms with a sidearm and cattle prod. So I had to ask, “WTF?”

I shake my head.

“Some get violent if their appeals get turned down ‘cuz they might have to get a job instead of a free check for life for not working.”

While many people have legitimate physical/mental disabilities worthy of SSI, ask anyone who works at Social Security and they will tell you for many, it’s a scam for a free check. Once again, it’s a federal entitlement, not city, county or state. It’s one of the fastest growing entitlement programs, especially for those ages 18-25. Once you’re approved for SSI you can live in any city in the country (see above).

I often stop and speak to the special folks on the street. Most of them have SSI. Many of them have a place to sleep at night and are not homeless. For many, housing costs, even HUD Section 8, which only requires 30% of your gross income, takes away from what they could be spending elsewhere. It’s a life choice. If I sleep in a tent down by the bay and not an apartment, that’s more money for the things I deem important in life, like cigarettes, alcohol and drugs.

Rumor versus fact: “Humboldt has more homeless because they give money for their dogs.” I don’t know who started this rumor, but it is false. Unless you are legally blind and have a seeing-eyed dog, you do not get money for your animal. Most homeless have dogs for protection and companionship.

Last month I heard a story where three of Humboldt finest (recent transplants for the marijuana trade) who all applied for SSI due to their disability of “social anxiety”. They were ages 19, 20 and 22 and were bragging that they all don’t have to work another day for the rest of their lives and can grow marijuana at their rental property for cash. Oh yeah, did I mention they were also bragging about rewiring the property without a permit, no electrician, nor the consent of their landlord. Gotta love Humboldt.

Look no further than the San Francisco Chronicle’s recent Op-Ed “San Francisco’s summer of urine and drug-addicted homeless” where San Francisco Mayor Ed Lee said, “It’s not so much the urination, but historic levels of drug use.” AB 109 (the release of non-violent offenders back to their home counties) and Prop 47 (converting many nonviolent offenses, such as drug and property offenses under $950 from felonies to misdemeanors) have aggravated the situation in California cities. Many of these drug addicts that used to be in prison are now back on our streets still doing drugs, committing petty crimes and other anti-social behaviors.

A recent Mad River Union article stated that more than 200 local elected seats were being voted on this November. It’s an off year election, which means we have school boards, municipal districts, community services, fire districts, water commissions (we long longer call it “water board” as that’s reserved for Guantanamo Bay) and the Harbor District. Most of these elections are unopposed. As a friend of mine put it, “I’m elected to the Municipal District. There’s no cameras, no Access Humboldt and no media. It’s boring. We talk water and sewers. If we’re lucky, two members of the public show up at our meetings.”

It’s what I call Voter WIIFM (pronounced “whiff ‘em”) What’s In It For Me? Unless it affects your lifestyle or pocketbook, no one really cares.

“Honey, there’s a vote on the water commission this November. We should study up on the candidates and the issues”

“Turn on the kitchen sink.”

“Is the water flowing?”

Sad, but true for most Americans.

About the only local elections generating any buzz this November are the Harbor District seats. In the 1st District, Aaron Newman declined to run for reelection. I want to thank Aaron for serving and wish him continued success as a commercial fisherman. Running for this open seat are Larry Doss, local broker/owner of Ming Tree Realty and James Roberts, a local cabinet maker and fisherman. Hezekiah Allen, a Sacramento lobbyist for the Emerald Growers Association was the third and a last minute candidate.

In the 2nd District Greg Dale, Southwest Operations Manager of Coast Seafoods and shellfish farmer is running for reelection against Nick Angeloff, a local business consultant.

And finally in the 5th District, Patrick Higgins, a fisheries biologist is running for reelection against Kyle Visser, owner of Shred Aware (formerly Shred Tech) and Biowaste Resources and comes from a commercial fishing family; and Susan Rotwein, owner of Cap’n Zach’s Crab House, a local seafood restaurant and also from a commercial fishing family. This should be the most exciting race as there are three well known candidates running. Keep in mind, you don’t have to get 50% + 1, but rather the person with the most votes wins.

Much like the Humboldt County Board of Supervisors changing from 2010 to 2012, this election could alter the Harbor District. Should Mike Wilson win his 3rd District Supervisor’s race next year, he would have to relinquish his Harbor District seat as you cannot hold two elected offices at the same time. This would require either an appointment or a special election for Wilson’s 3rd District Harbor seat.

Wishing all of you an exciting two months of campaigning as we are voting the first Tuesday in November. If I could pass on one bit of advice, “He who talks rail, campaign will fail”. Please keep the imaginary choo-choo out of the conversation else someone in the media will ask the question, “So who’s paying for the rail?”