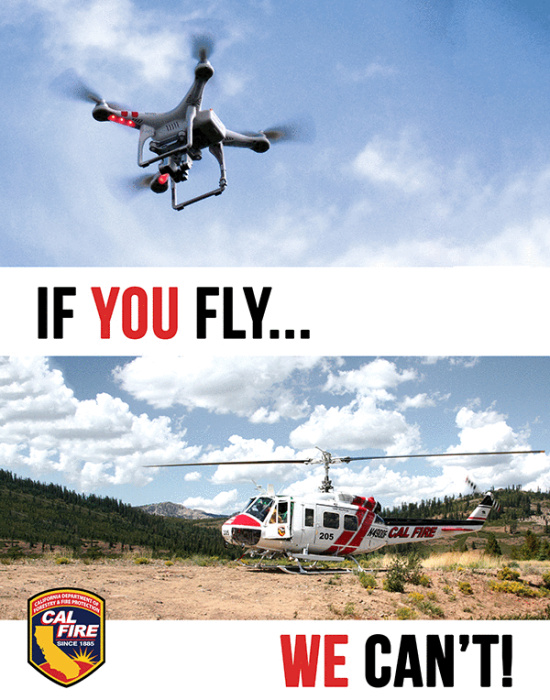 In July of 2015, firefighter’s efforts were disrupted during the vital initial attack stage of the North Fire. As the fire burned toward the public driving on the nearby interstate 15, firefighters were unable to utilize any aircraft to help hold back the blaze that would torch vehicles and force motorists to flee on foot from the oncoming flames. The reason? Several hobby drones, or UAS (unmanned aircraft systems), were seen flying in the fire area, forcing officials to ground all responding aircraft.

The North Fire is just one of many recent incidents in which hobby drones have caused disruptions in the suppression of California’s major wildfires. Hobby drones are an increasingly common sight all across the state. While a hobby drone can be a fun toy and even a valuable tool for many professional flyers, a drone flown irresponsibly can pose a serious danger, particularly during a wildfire.

Aerial firefighting aircraft, such as airtankers and helicopters, fly at very low altitudes, typically just a few hundred feet above the ground; the same as UAS flown by members of the public, creating the potential for a mid-air collision that could injure or even kill aerial and ground firefighters, as well as residents on the ground below.

Because of this potential for collision, when a UAS is detected flying over or near a wildfire, air operations must be suspended until all drones flying in a fire area are removed. This delay can decrease the effectiveness of wildfire suppression operations, allowing wildfires to grow larger, and in some cases like the North Fire, increasing the threat to lives and property. 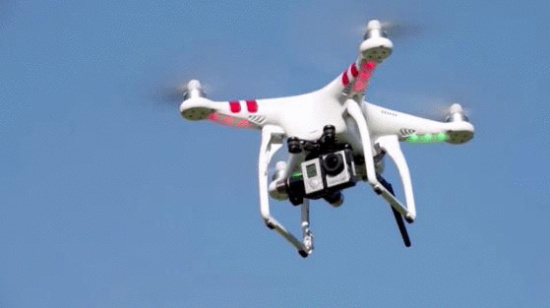