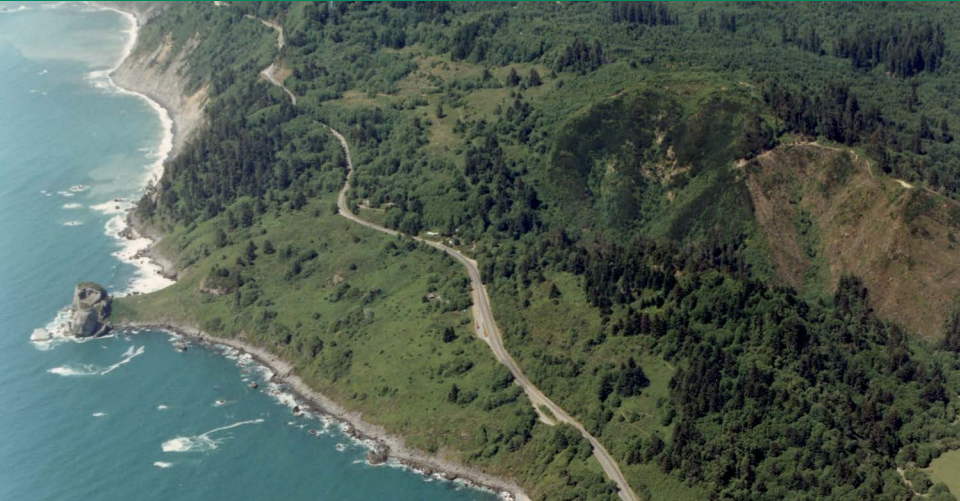 A slide-prone stretch of Hwy. 101 known as “Last Chance Grade” just south of Crescent City, is a weak link in a chain of transportation and commerce, a link that, should it snap in the form of a major landslide, would wreak havoc on the economy of the entire region, including Humboldt County, according to a new report by the California Department of Transportation (Caltrans).

Officials in Del Norte County have been aware of this vulnerability for years, and they’ve made the rounds to neighboring jurisdictions (including the Humboldt County Board of Supervisors) seeking support for a project to fix the problem. Such a project — likely in the form of a bypass — would be very expensive: somewhere between $250 million and more than $1 billion, by Caltrans estimates. But the agency’s latest report suggests that inaction could prove even more costly.

A slide that took out both lanes of the highway would necessitate the mother of all detours — a 320-mile, seven-hour re-route to the I-5 corridor via State Route 299 and U.S. Route 199. “Such a detour would cost the traveling public (trucking industry and passenger vehicles) an estimated $1,340,000 per day,” Caltrans reports. That’s right: more than one and a third million dollars every day.

On top of that, the closure would result in a loss of 3,000 to 4,000 jobs and cost the region more than $100 million in lost wages annually, with construction of a new route likely to take between two and three years to complete, the report says.

Anyone who’s driven to or from Crescent City likely remembers this stretch of roadway. It’s the area flanked by retaining walls on the eastern upslope, with rumbling asphalt in the middle and, on the western downslope, frequent slide-outs like this one: 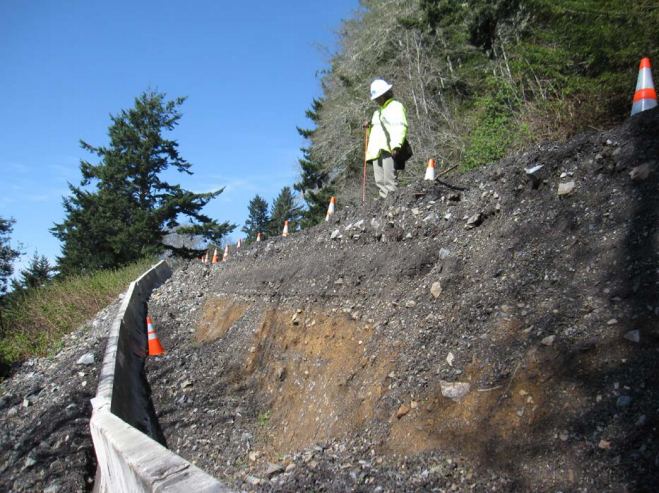 In 2000, the California Geological Survey mapped more than 200 active slides along Last Chance Grade, and Caltrans says slides are likely to get more frequent over time. Since 1997, project and repair costs along that stretch have added up to nearly $30 million.

Humboldt County would be hurt by a slide, too (obviously). “A failure of U.S. 101 at Last Chance Grade would disrupt the flow of goods, such as fuel, dairy products and timber, to Crescent City and the northern half of Del Norte County from Humboldt County, the report notes. Plus, many people in and around Crescent City come to Humboldt for medical services, tourism and more.

To avoid this doomsday scenario, Caltrans has been studying possible realignment routes slightly inland from the eroding slopes of Last Chance Grade. (See a PowerPoint presentation in pdf form here.) Caltrans is currently working on an engineered feasibility study with a variety of other agencies, including the California Department of Parks and Recreation, the National Park Service, the Yurok Tribe, the Smith River Rancheria, and the Elk River Rancheria.