Want to Donate to Help the Dog Trapped in the Car Fire Tuesday? Here’s How 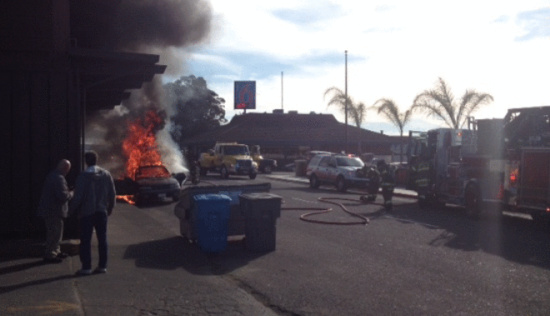 A number of people have contacted the Outpost to ask how they might help the family of the dog who was trapped in that terrible car fire off Broadway earlier this week.

As it turns out, the owners of the dog — and the car — have, indeed, set up a Gofundme account that they’re hoping will defray some of their medical and veterinary expenses, as well as get them back on wheels. The Outpost just spoke with Linda Hang, whose dog, Venom, a Siberian Husky, is on the road to recovery, but is still suffering from the long-term effects of nearly being burned alive.

Hang told us something we did not know: Her husband, Michael Galan, was the one who was able to get the pup out of the flaming automobile, but he suffered second-degree burns after doing so. Hang said that Galan was inside the nearby comic book store when he heard his car alarm going off. By the time he got back around the corner and to the vehicle, it was already in flames. The doors had been melted shut. Finally he was able to prise open a rear door, and he got Venom out. Later, as the Gofund me page shows, he was briefly hospitalized for his burns.

A passerby — John Chrystal — saw what was happening and performed CPR on Venom, resuscitating her. “If he hadn’t done that, she would have died,” Hang said.

At the vet, Venom was sedated and X-rayed, and her coat was shorn. She is doing pretty well, Hang said, but she inhaled a lot of bad chemicals and is suffering from a very bad cough. The veterinarian believes that she is at risk of developing chemical pneumonia, which, if it happens, will be costly to treat.

And of course, the couple needs a new car.

If you’re one of the people who contacted us asking how to help: Again, the link you want is this one. Linda tells much more about what happened that day, and the challenges she and Galan will be facing for a while, on the Gofundme page. 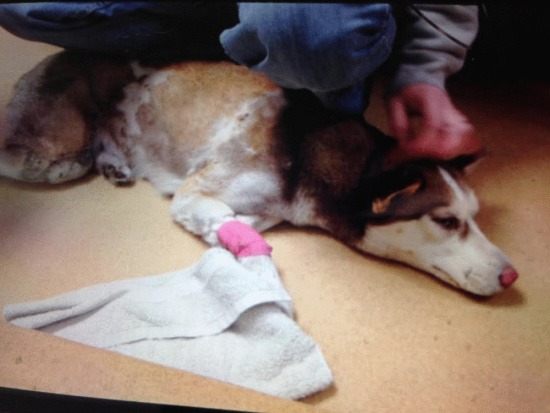 Venom is on the road to recovery.