Chaos on the Roadways: The Slippery Friday Morning Roundup (UPDATING)

UPDATE, 2:28 p.m.: The following is an updated list of road closure’s provided by the county: 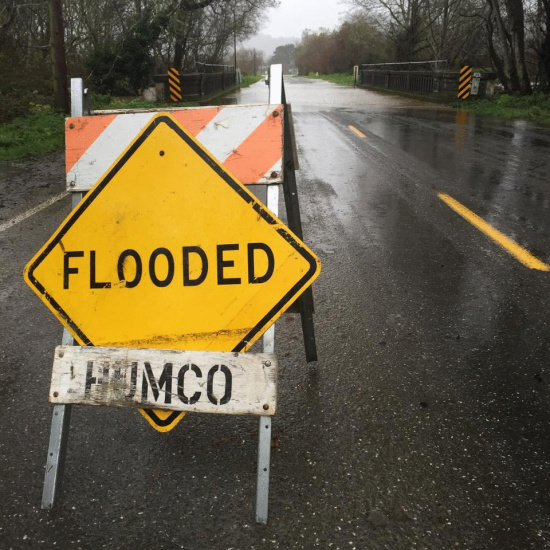 •Numerous readers are alerting us to a car overturned on Highway 101 between Fortuna and the Singley Road exit. CHP dispatch reports that one lane has been closed and that an ambulance is en route.

•The county’s Public Works department informs LoCO that it has shut down Redwood Drive between Garberville and Redway saying the amount of material on the roadway is too much to keep up with.

•According to Caltrans: “Southbound US Highway 101 is reduced to one lane due to flooding just south of Stafford in Humboldt County. Please drive with caution.”

•LoCO‘s drive to work this morning was impeded by flooding at the intersection coming off the Hookton Road exit near Loleta (pictured below). KHUM’s Mike Dronkers spoke with Caltrans spokesman Eli Rohl, who was on the scene:

•Another crash on Highway 36 by Pamplin Grove, as a minivan slipped off into a ravine. Ambulance responding. 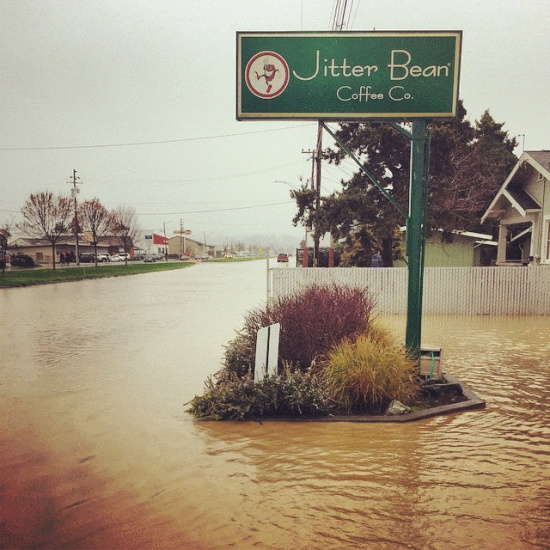 •Barista Makenzie Clark provided this photo above taken at Jitter Bean in Fortuna. Southbound Fortuna Boulavard is closed from Rohnerville Road to Smith Lane due to Rohner Creek flooding.

Port Kenyon closed due to flooding California to Market; Anderson Lane in Trinidad closed due to a tree and phone lines down Meridian

Let’s get rid of that egg, @HumCoOES.

•Friend of LoCO Lisa Slater sends in the shot below of the creek behind The Blacksmith Shop in Ferndale. “The creek is about to go over the wall,” she says. 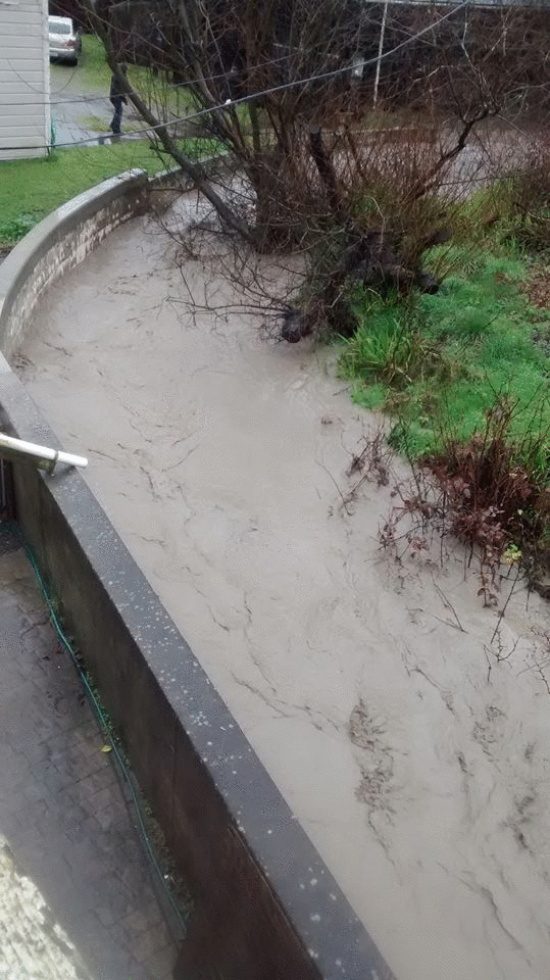 •KHUM is tweeting listener photos like the one below from moistened Freshwater: