Op-Ed: Changes at the MAC Could Help End Homelessness in Humboldt »

UPDATE: The item was pulled from the Feb. 10 agenda. 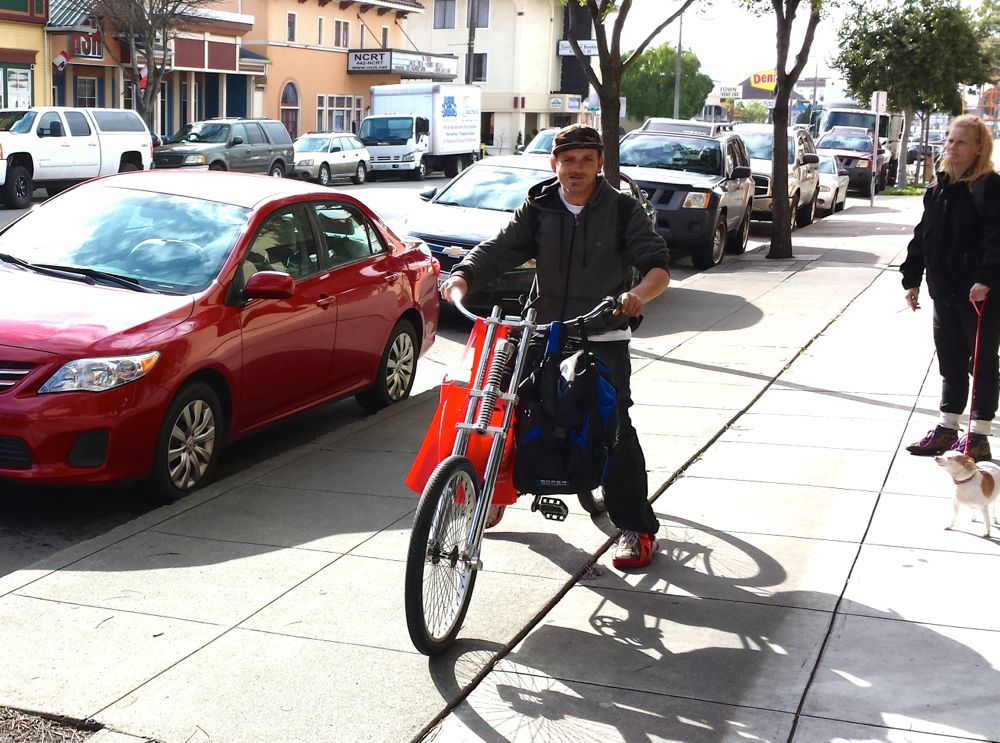 We’ve all known the frustration of encountering bike riders who think the rules don’t apply to them. They come barreling toward you on the sidewalk (it’s not called the side-ride!); they ride on the wrong side of the road; and they zip across all four lanes of Broadway like suicidal Frogger maniacs.

These bozos are especially frustrating to those of us who ride bikes responsibly because they give us a bad name.

Case in point, the city of Eureka is looking to crack down on the bozos by establishing a new set of rules that would govern all two-wheeled pedalers in the city. Eureka’s Transportation Safety Commission will meet at City Hall tomorrow at 3:30 p.m. to consider a bicycle operations ordinance that includes a host of proposed regulations.

Hear that? No fancy riding!

And it’s not just cyclists who would be affected by the ordinance. Another provision states, “Skateboarding, rollerblading, skating and scooters are permissible only in residential neighborhoods when pedestrians are not present within the immediate area.”

The draft ordinance includes a list of “findings” that serve as justifications for the new rules. Reckless cyclists are annoying pedestrians and causing collisions, plus bicycles are increasingly being used “in connection with illegal activities,” the ordinance says. Eureka Police Chief Andy Mills mentioned this proposed ordinance at a public safety meeting last month, saying it’s designed to go after so-called GMOBs, or “grown men on bikes” — those adult dudes smoking cigarettes while they case the scene on BMX rides.

But do the proposed rules go too far? Would they lead to profiling and scapegoating cyclists?

To be clear, this is just a draft ordinance. (You can read the whole thing here.) And the packet for tomorrow’s meeting notes that even members of the Transportation Safety Commission’s subcommittee have concerns about whether the draft is consistent with the state’s vehicle code.

Do you have an opinion? If so, hopefully you’re able to make it to tomorrow’s meeting. Again, it’s 3:30 p.m. at Eureka City Hall.