« McCann Drowning Victim from Out of State

Drugs/Alcohol Believed to Be a Factor in Recent Broadway Pedestrian Death; Victim ID’d »

UPDATE, 7:30 p.m.: KAEF posted this cop-eye view of the arrest, from an EPD dashboard cam: 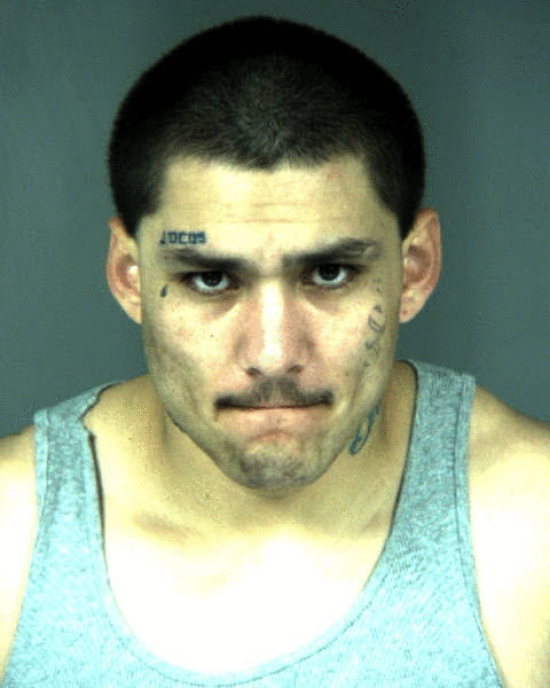 On 1/25/15, at about 11:20 AM, Eureka Police Department officers were dispatched to a suspicious persons call at the rear of a residence on the 900 block of G Street, Eureka.

One of the involved subjects was reported to have left on a bicycle after jumping a backyard fence.

A responding officer saw a male matching the suspect’s description riding a bicycle away from the vicinity of the call. The officer attempted to stop the male after he failed to stop for the stop sign located on westbound 9th Street at G Street. The subject, later identified as Anthony Manuel Burgess (age 22 of Eureka), then fled from the officer on his bike.

During a brief ensuing pursuit, Burgess failed to stop at the stop sign located on northbound B Street at 7th Street. He was struck by an eastbound vehicle on 7th Street and ejected from the bike. Burgess then jumped to his feet and ran into the parking lot of a nearby business where he was subsequently taken into custody by officers without further incident.

During a search incident to Burgess’ arrest, a loaded .357 handgun and a stun gun were found in a bag he was carrying. Burgess was also wearing a wig. Officers suspect the wig was an attempt on his part to avoid detection from law enforcement. 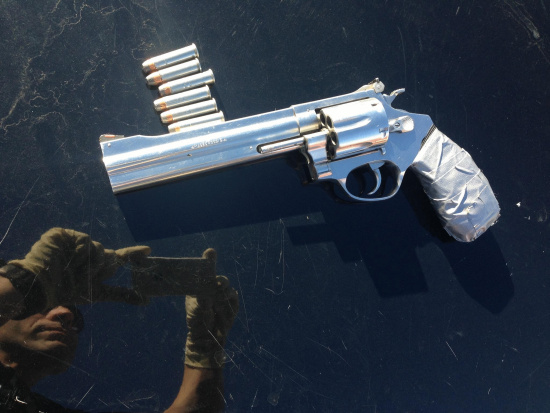 At the time of his arrest, Burgess was out on bail following an incident in early January where he dropped a loaded firearm while fleeing from a different EPD officer.

Additionally, EPD responded to another incident involving Burgess last week where he reportedly brandished a firearm at an individual during an altercation. Burgess successfully evaded apprehension in that case after he fled from an officer who spotted him in the vicinity.

Additionally, officers contacted the on-call magistrate and requested a bail enhancement. His bail was subsequently increased to $250,000.00 and he remains in custody as of the time of this release.