DEAD RECKONING: You Find Glory When You Cease to Seek It »

GROWING OLD UNGRACEFULLY: The Good, the Bad and the Awesome

Turns out, folks are more interested in discussing Spaghetti Westerns than Death, judging by the mail I received following last week’s Something to Do with Death. 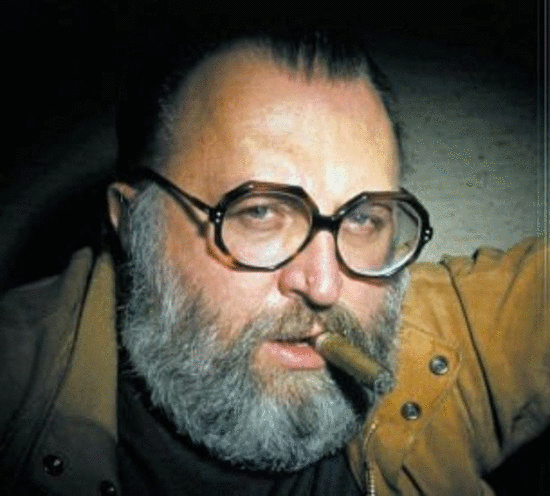 The title came from the Italian director Sergio Leone’s [PIC] 1968 Western Once Upon a Time in the West (OUTWEST). I want to talk about the opening to that All-Time Great Movie, which would have been even better if Clint Eastwood and the director hadn’t had a falling out a year earlier.

After directing Eastwood in the “Dollars” trilogy (A Fistful of Dollars, For a Few Dollars More and The Good, the Bad and the Ugly), Leone wanted to start on his dream-project, Once Upon a Time in America. The Paramount studio bosses, dollar signs in their eyes (GBU had been wildly successful) insisted he make one more western before giving him the green light.

His “one more western,” became the western to end westerns, simultaneously an homage and a spoof on just about every American “oater” western ever made, especially those of his idol, John Ford. After OUTWEST, westerns no longer had the clean good guy/bad guy plots, staples of Ford’s 40-odd westerns (excepting The Searchers, but that’s another story), swept streets, newly-painted storefronts, and bloodless killings. In a sense, American westerns became more honest after Leone, who probably knew more about life on the frontier than any American director. His hobby was the Old West, collecting old photographs (particularly those of Matthew Brady) and memorabilia, and studying first-hand descriptions in letters and newspapers of the time.

In addition to realism, Leone brought a new, gritty, sensibility to film-making, including: extreme close-ups; practically wordless plots (trusting his actors to tell the story with their eyes); full-sun camerawork (allowing great depth of field); widescreen format, with his characters just materializing into the frame (“Technoscope” enabled economical letterbox-format shooting on standard 35 mm stock); “corrida” style duels, backed by composer Ennio Morricone’s horns, trumpets and sopranos (Leone once said 40 percent of his the success of his movies derived from Morricone’s music); atmospheres of death and decay; long (long!) build-ups to the gunfights. And violence, lots of violence, graphic violence. Stanley Kubrick’s “A Clockwork Orange, Sam Peckinpah’s “The Wild Bunch” and Quentin Taratino’s “Pulp Fiction” and “Kill Bill” all owe a debt to Leone. 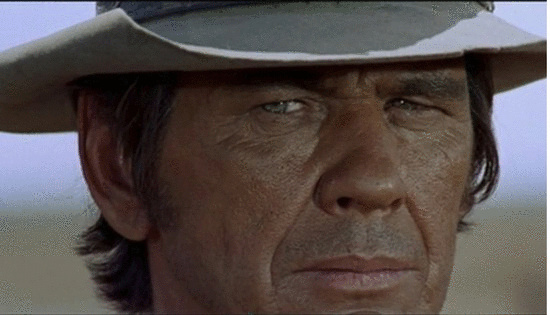 So, the opening of OUTWEST: Train station, three baddies waiting to ambush the good guy, Charles Bronson (“Harmonica”) when he arrives on the train — a blatant crib from High Noon, in which three gunslingers (including harmonica playing Lee Van Cleef, of the last two Dollars movies) wait for the bad guy. (The first of dozens of references to “classic” westerns, not to mention filming parts of OUTWEST in Ford’s bailiwick, Monument Valley.) 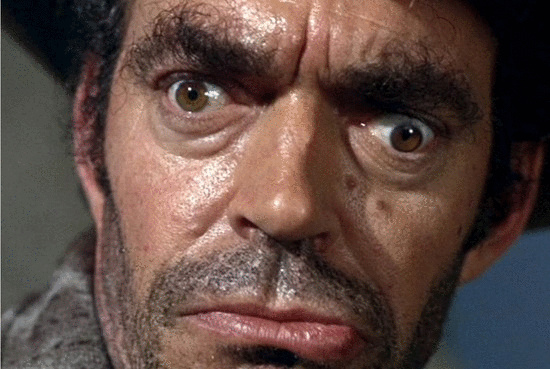 Virtually all of the languid opening sequence consists of a wordless build-up waiting for the train — the sound of a squeaky wind-pump [PIC] more evocative than any music. Here’s Jack Elam (the veteran “lazy eye” actor) trapping a fly in his revolver; Woody Strode (the black/native American 6ft 4in athlete-turned-actor who fought Kirk Douglas to the death in Spartacus) tortured by a dripping ceiling; and Al Mulock, the troubled Canadian actor who threw himself — in full costume — out of a third-floor hotel window in Guadix, Spain after a day’s shooting (“Get the costume!” yelled Leone as Mulock was being driven off to hospital where he died).

But it was nearly awesomer. Leone’s original plan was to have the trio waiting for the train played by the protagonists of of The Good, the Bad and the Ugly: Clint Eastwood (who was only marginally good), Lee Van Cleef (bad) and the great Eli Wallach (who only found out he was the ugly one after the film was finished). (Wallach was still acting at age 95 — he’s the old dude living alone in Polanski’s The Ghost Writer. He died last year, age 99, with over 90 films to his credit, plus a ton of stage roles. Trivia: Marilyn Monroe babysat for him and his wife.) Leone’s plan was to bring back the lead characters from GBU and kill them off in the first few minutes. That would have been an opening.

Didn’t happen. Van Cleef and Wallach were on board, but Eastwood turned it down — he and Leone had had a falling out during a post-sync session in New York (all of Leone’s westerns were post-sync, the voices dubbed after shooting). Eastwood went on to direct Play Misty for Me and etcetera.

No matter. It’s still a great movie. Yeah sure, spaghettis are “violent, amoral, surrealistic, noisy, naive, pretentious, ridiculed, revered and astonishingly popular lucrative pastiches of the hallowed American Western,” as a book about them said at the time. But all four of Leone’s westerns are terrific. If you haven’t seen the best one, Once Upon a Time in the West, do rent it. If only for (be still, my heart) Claudia Cardinale. 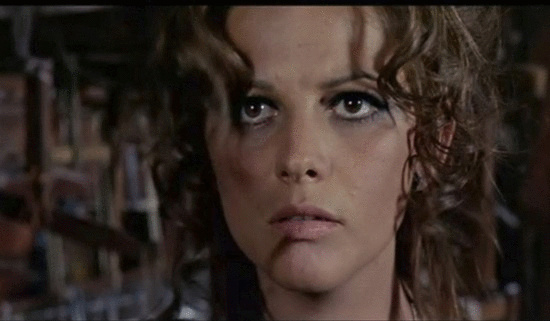 I love this stuff, enough to teach a one-evening HSU/OLLI class on Spaghetti Westerns this Wednesday, April 1, 6-8 pm at HBAC, call 826-5880 to register.