For an unprecedented fourth time in five weeks, your Lost Coast Outpost and KHUM are again teaming up for arbitrary and capricious listing of local topics. It’s a little gimmick we call Humboldt Ranked. 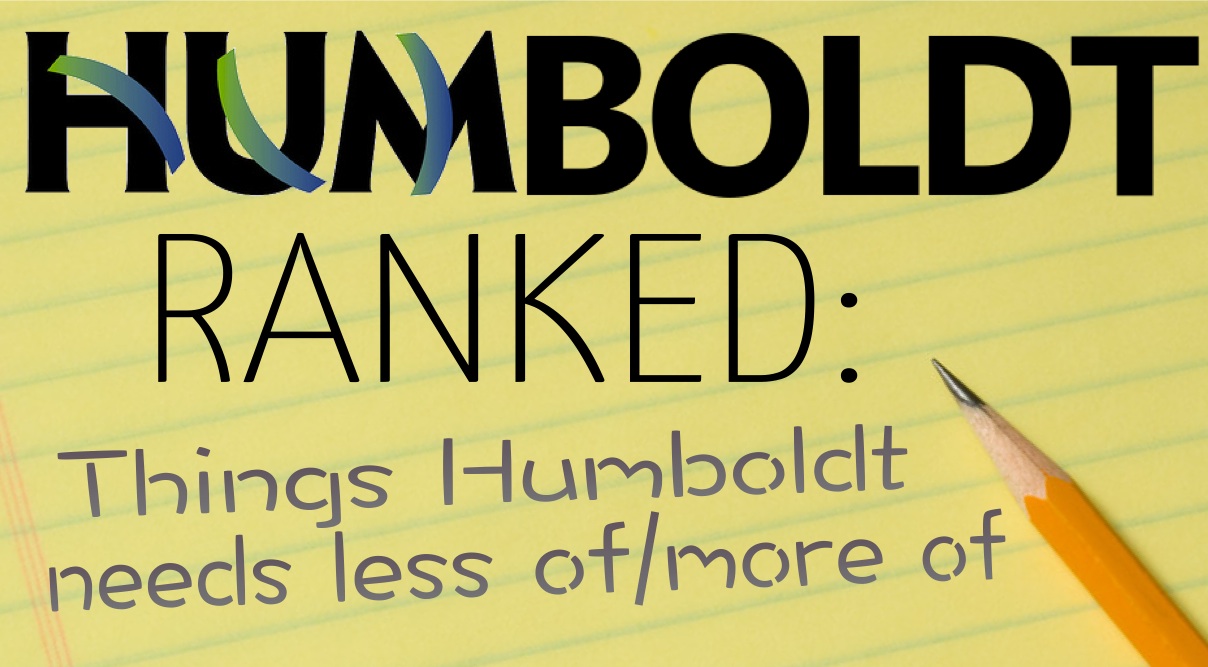 Here’s how this works: Starting at 11 a.m., we’ll open up the phones on KHUM (786-5486). At that point you can call in and pitch a nominee as well as where you think it should go on the list. Sell it, Humboldters. Over the course of the next couple hours, live on the radio, a definitive ranking will be discussed, debated and ultimately etched in e-stone for all eternity.

Tune in to KHUM 104.3/104.7 (or online here) to experience the drama live and follow along with the results below. Later we’ll upload the audio for posterity. Do you love this? Why not!

THIS WEEK’S TOPIC: Life is best when balanced. You need to know when to tweak. So if Humboldt had a recipe what would you add a pinch more of? Also, what is overpowering the rest of this meal?

Specifically, what does Humboldt need more of and/or what does it need less of?

3. Roundabouts (nominated by commenter Too High to Drive)

Bubbling Under (More Of):

Bubbling Under (Less Of):