(UPDATING) CHP Officer Shot in Eureka, One Dead After Returned Fire; Other Subjects Detained at Gunpoint 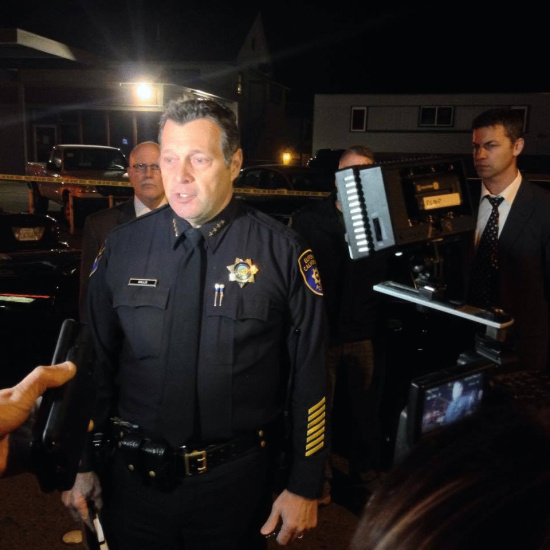 UPDATE, 6:43 p.m.: Eureka Police Chief Andy Mills gave a brief press conference to media clustered at the scene. Notable amongst the new information provided was confirmation that the driver shot by the CHP officer has “succumbed to his injuries.” Listen below: 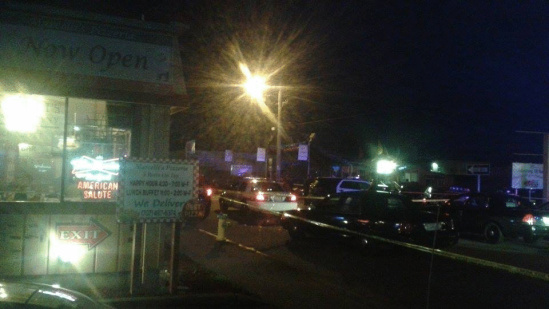 UPDATE, 5:55 p.m.: As night falls, numerous law enforcement agencies — CHP, EPD, APD and HCSO, from what we see — continue to process the scene, above. Fourth Street remains completely closed from the Samoa Bridge for several blocks and is likely to remain so for several hours. Q Street is also closed between Third and Fifth streets.

The Outpost‘s Hank Sims checks in to report that about eight people are inside Marcelli’s, eating pizza and watching sports, somewhat imprisoned there by several distinct layers of crime tape.

Another photo, below, showing the driver being loaded into an ambulance earlier. No official word on his condition has been released: 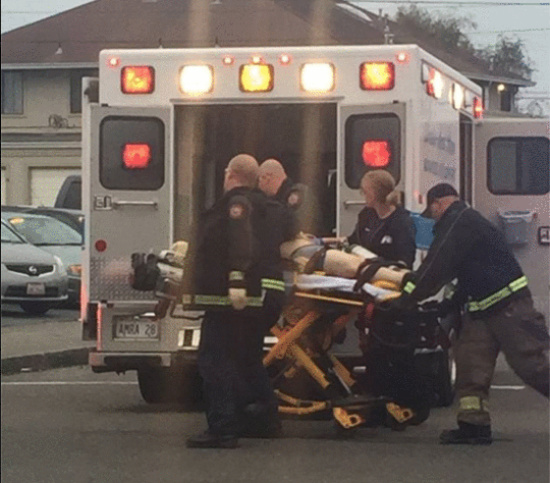 UPDATE, 5:21 p.m.: A resident who lives near the scene of the incident who wished to remain anonymous shares four photos, below, taken as subjects were exiting the pulled over vehicle. In the last two photos paramedics can be seen working on the man thought to have been shot by a CHP officer. 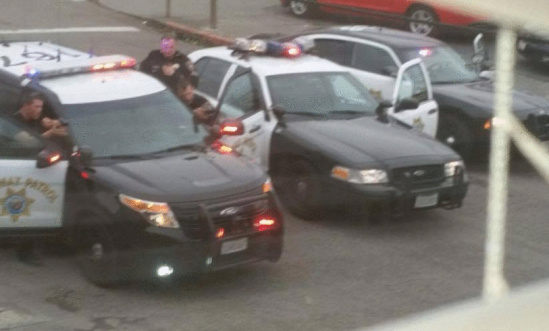 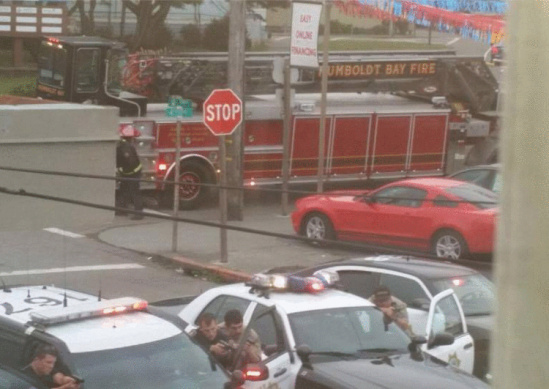 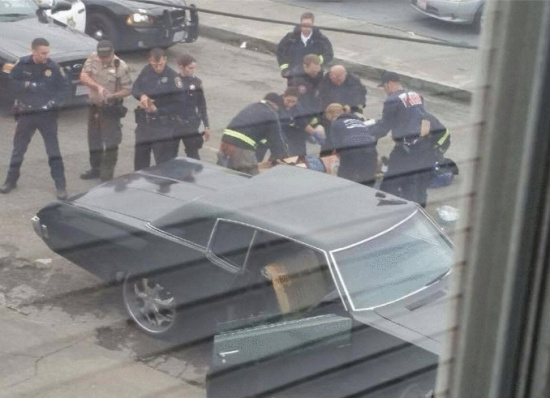 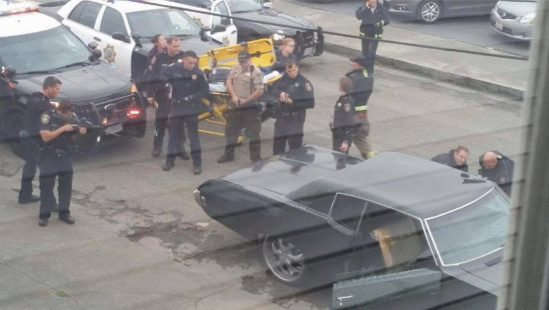 UPDATE, 5:14 p.m.: The Outpost took audio from another witness who lives near the scene of the incident. Listen below:

Original Post: Emergency personnel have responded to the intersection of Fourth and Q streets in Eureka on a call stating that an officer with California Highway Patrol has been shot. Dispatchers are requesting additional units to provide traffic control. Fourth street is currently blocked off to traffic. Arcata Police is sending additional units.

At least four people have been detained by Eureka Police and put in the back of squad cars. Another person who was not moving was loaded into an ambulance. Scanner traffic briefly indicated that there may have been another subject outstanding, but that was later reversed.

The Outpost‘s John Ferrara is on the scene and we will update this post when we know more. Photos courtesy Ferrara below: 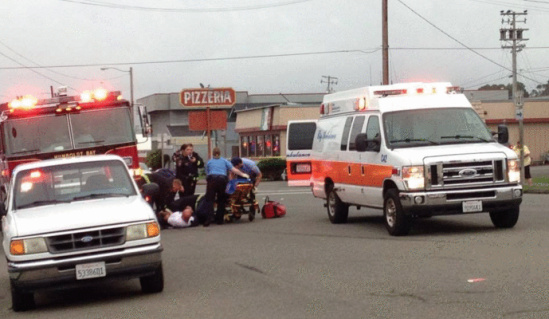 Paramedics respond to the officer. 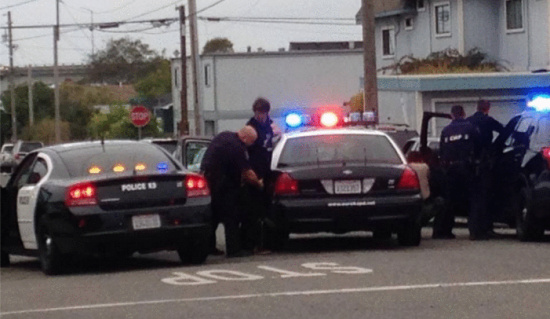 One of the four people detained by EPD 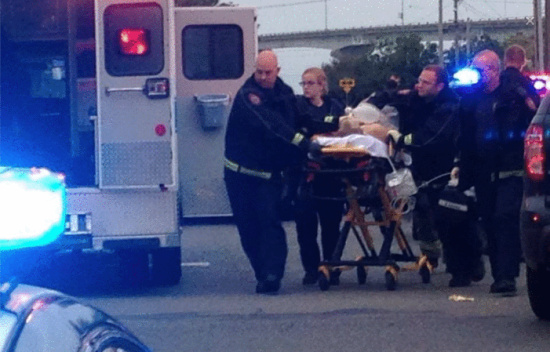 Paramedics load another subject into an ambulance 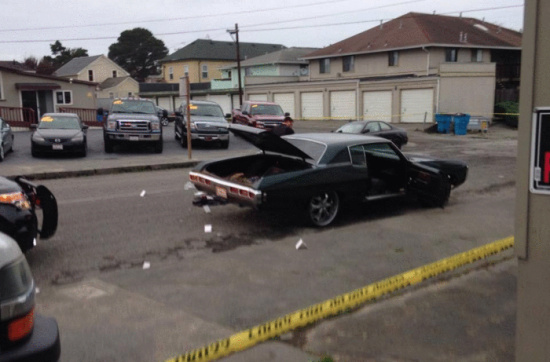 Bullet casings marked near a car at the scene 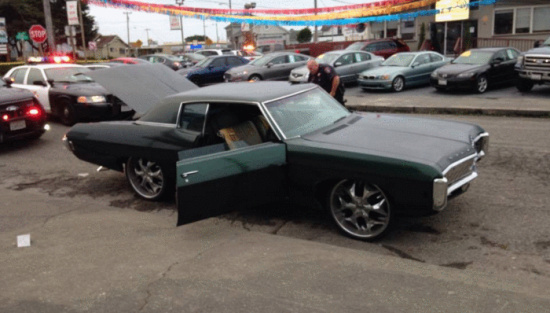