Way to go, Jacks! As they should be, Humboldt State University is gushing about the success of this year’s football squad after the announcement that the team will participate in postseason play for the first time since 1968. That alone would be swell news, but you should also note that you don’t have to travel far if you want to cheer on our gladiators. HSU will host Augustana in the Redwood Bowl on Nov. 21, the first time an NCAA football postseason game has occurred in Humboldt since a 1960 game has played at Eureka’s Albee Stadium.

Tickets are available! More in the HSU press release below:

For the first time since 1968, Humboldt State football is advancing to the postseason. And the Lumberjacks will begin their playoff journey in Redwood Bowl.

Humboldt State is the No. 4 seed in the 2015 NCAA Division II Super Region Three bracket and will host No. 5 seed Augustana on Saturday, Nov. 21. Kickoff is scheduled for 1 p.m. Tickets are on sale now and can be purchased online at HSUJacks.com.

“We are excited to bring playoff football to Redwood Bowl and to have the opportunity to play in front of the best fans in California and Division II,” said Smith. “This is a very deserving group of players. These kids have worked hard from day one.”

The Green and Gold return to the postseason after a 47-year absence. In 1968, the Lumberjacks won the NCAA Pacific Coast Championship game with a 29-14 win over Fresno State in the Camellia Bowl. Humboldt last hosted a postseason game in 1960 at Eureka’s historic Albee Stadium. Legendary coach and Hall of Famer Phil Sarboe led the Lumberjacks to a 13-7 win versus Whitworth and a berth to the NAIA National Championship in St. Petersburg, Fla. A 9-yard field goal was the difference as the Green and Gold fell to Lenoir Rhyne, 15-14, in the Holiday Bowl. 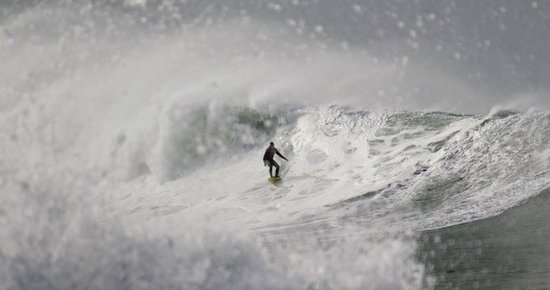 (PHOTOS) Alaskan Storms Cause Big Surf Along the Humboldt Coast