Food For People in Need of Holiday Ham, Turkey » 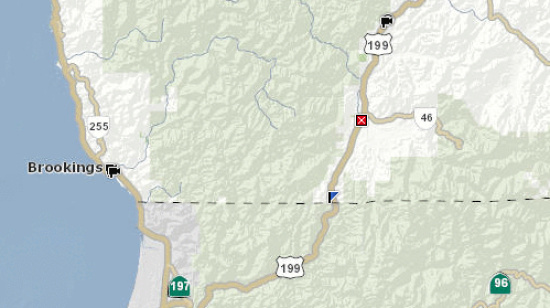 UPDATE, 1:47 p.m.: That did not take long. The Oregon Department of Transportation shows Highway 199 as being open. Resume talking about Voodoo Donuts.

Caltrans‘ Facebook admins alert us that U.S. 199, the main route taken by Humboldters looking to get to Portland, is closed just south of Cave Junction, Oregon after an accident involving a now-leaking propane truck and now-downed power lines. The Oregon Department of Transportation’s TripCheck map confirms that all lanes are currently closed and they warn that drivers should “use an alternate route.” They note that a detour is available (see below).

Stay tuned to TripCheck for updates. 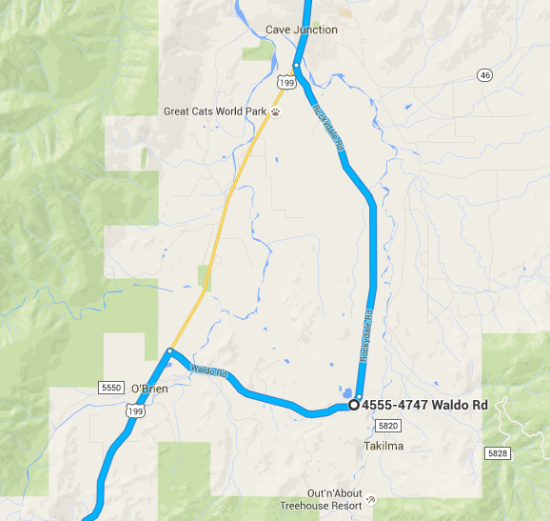 Just past O’Brien, take a right onto Waldo Road, a left onto Rockydale Road then follow that until it meets back up with Highway 199.

ROAD REOPENED: Redwood Highway (U.S. 199) is now open according to the Illinois Valley Fire District. It was shut down earlier today due to a crashed propane truck that was leaking.http://bit.ly/1PQ1UNK