[The following was produced by Brenda Starr of KHSU’s “Through The Eyes of Women” and originally appeared here.- MD] 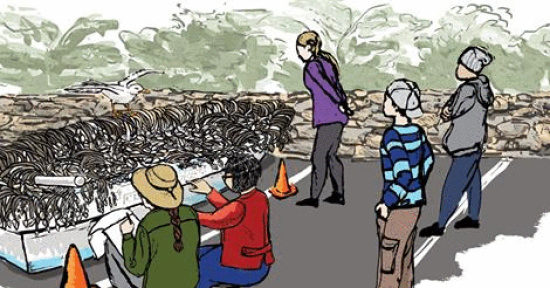 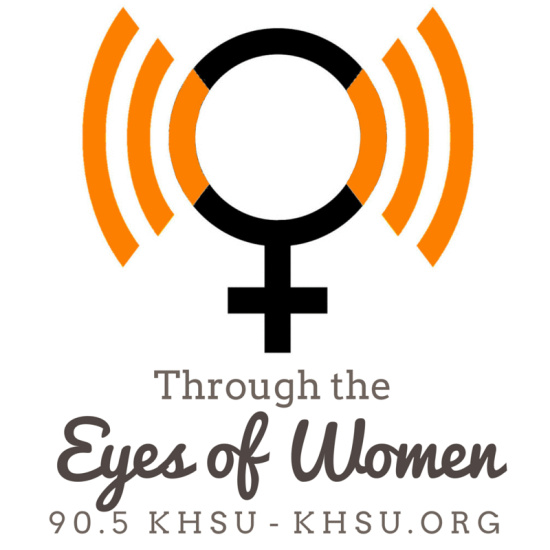 How did a barnacled boat touch so many lives of people from an ocean away and give hope and courage to two tsunami vulnerable cities and bring together two cultures who found out they had more in common than they thought?

This beautifully illustrated bilingual children’s book tells the true story of the small boat swept away by the March 2011 Japan tsunami that was found in April 2013 on Crescent Beach and started an exchange between high school students in Japan and Crescent City.

(AUDIO) Kamome the Boat Of Hope

On April 7, 2013, a little over two years after the magnitude 9 Japan earthquake triggered a massive tsunami off the coast of northeastern Japan, a lone boat washed up on the shores of Crescent City, California. The confirmation of the boat as belonging to Takata High School in the city of Rikuzentakata was first step in an amazing story that has connected two tsunami-vulnerable cities. 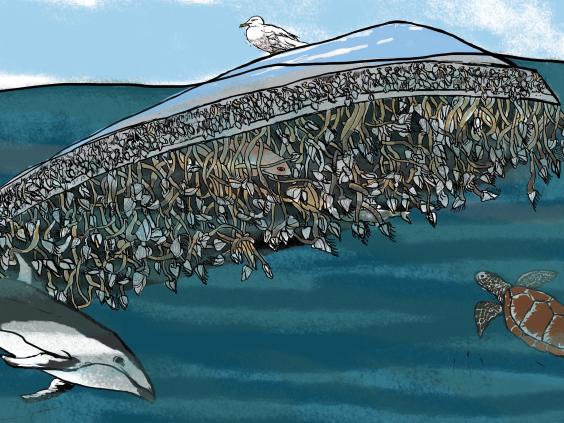 Dr. Lori Dengler, an expert in tsunami science and hazard mitigation, first visited Rikuzentakata six weeks after the tsunami as part of a post-tsunami reconnaissance effort. She continued to follow recovery efforts through the Rikuzentakata Facebook page. Two years later, Dengler was one of the experts called to examine a small barnacle- encrusted boat that beached in Crescent City. Japanese characters painted on the boat linked it to Rikuzentakata and Dengler posted its picture on the city’s Facebook page.

Amya Miller managed the Rikuzentakata Facebook page at the time. Ms. Miller was born and raised in Japan. After the March 2011 earthquake, she returned to Japan to volunteer as an interpreter to provide post-disaster assistance. She became the Special Adviser to the City of Rikuzentakta, facilitating communications between the tsunami-ravaged city and international media and aid organizations. After seeing Dengler’s boat photo on the Facebook page, she was able to quickly connect the boat found in Crescent City to the one lost by Takata High School. When a group of Del Norte High students wanted to raise funds to send the boat back to Japan, Miller was able to facilitate the return and initiate exchanges between the two high schools. 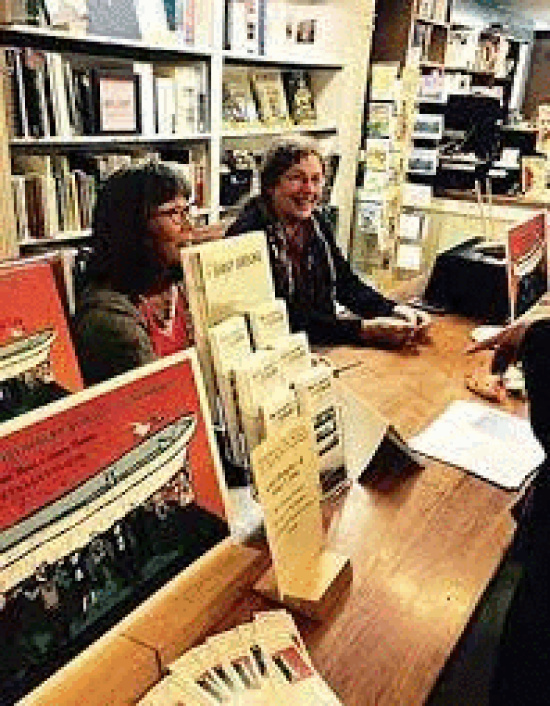 When asked why write a chidren’s book, Dengler who was the recipient of HSU’s 2008 Scholar of the year award and has authored more than 70 professional papers responded, “When a story as extraordinary as Kamome comes along, one has to do whatever you can to move it forward. This tough little boat that went all the way across the ocean and came back to Japan. It is a positive story of survival and hope that everyone can relate to.”

Amy Uyeki, an Arcata artist, was the last onboard of the three collaborators. She created the illustrations and the layout for the Extraordinary Journey of Kamome. Uyeki, a mixed media artist, had produced published works of her artwork, but this was her first foray into children’s book art. She was familiar with the story, having read about the beached boat in Crescent City and its subsequent return to Japan. After reading the initial draft of the story and watching a Facebook account of the actual events, she was immediately drawn into the project.

(AUDIO) Kamome the Boat Of Hope

PREVIOUS THROUGH THE EYES OF WOMEN: