LETTER FROM ISTANBUL: A Matter of Perspective » 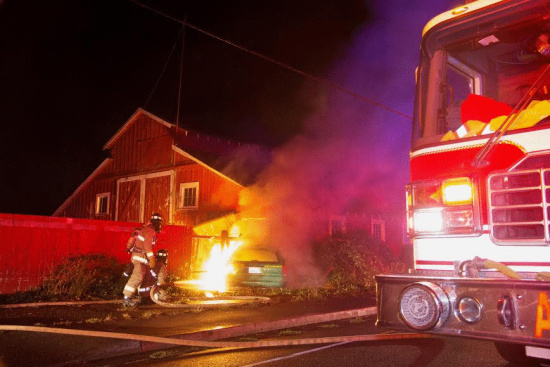 Vehicle Drives Into a Barn and Catches Fire

Fire District responded to the 3000 block of Alliance Road for a vehicle into a building with fire and entrapment.

The first arriving engine reported a vehicle into a barn with flames coming from under the vehicle. The interior of the vehicle filled with smoke as the two-person engine crew prepared for fire attack while searching for the trapped person inside the vehicle. 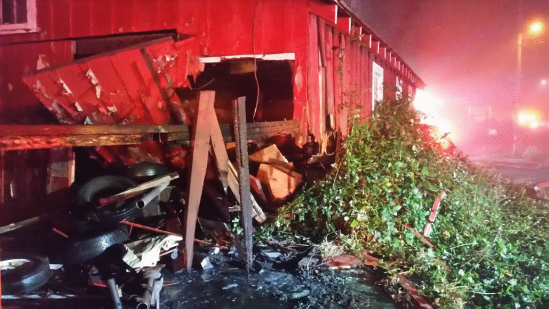 The Incident Commander was soon notified that Arcata Police officers arrived on scene before the engine and assisted a Good Samaritan in removing an individual from the burning vehicle. The occupant of the vehicle was taken to a nearby hospital by ambulance and the fire crews continued to extinguish the fire. The vehicle had a significant fuel leak causing rapid fire spread. This proved to be a challenge to firefighters, as there was a potential for fire extension and structural collapse of the barn.

Battalion Chief Sean Campbell stated that, “Having firefighters on the engine immediately available for calls like this one can be the difference between a positive and negative outcome. Had the vehicle been occupied by multiple people, this would have ended differently.” Having adequate staffing on engines will allow the Arcata Fire District to be more efficient for such incidents.

No other injuries were reported and the cause of the fire to the vehicle is still under investigation. Arcata Fire District responded with three engines and a chief officer and requested mutual aid from Humboldt Bay Fire. Humboldt Bay Fire responded with one engine and one chief officer to provide coverage for the Fire District. Arcata Police Department and Arcata-Mad River Ambulance also responded. 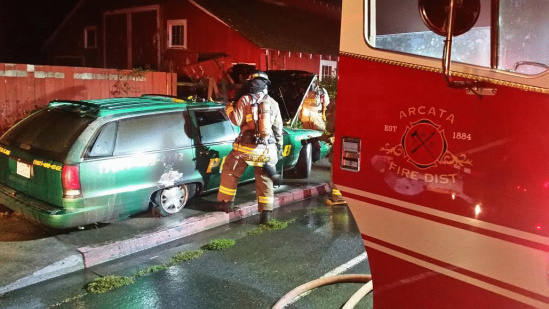 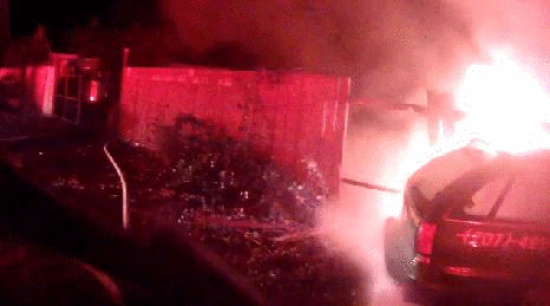 One person was pulled from a burning car early this morning, after the vehicle crashed into a barn at the intersection of 30th Street and Alliance Road in Arcata.

An APD officer and a bystander rescued the driver from the vehicle around 12:30 a.m., and firefighters contained the flames to the car’s cabin.

Arcata Fire District units were dispatched to a vehicle into a structure with fire and entrapment around 12:30AM on Saturday, October 10, 2015. E8216 arrived at scene and reported the fire to be primarily in the cab of the vehicle. Firefighters quickly extinguished the fire without extension into the barn.E8216 cleared from a power-lines down call and responded to this fire. Incidents like this justify the need to take a fire engine to a medical aid and other incidents instead of a smaller apparatus. Decreased response times allow firefighters to mitigate emergencies in a timely manner.Arcata Fire District exists to protect the lives, environment and property of the communities we serve.Thank you for your support.