« APD: We Will Be There to Make Sure You Respect the Arcata Plaza on Halloween 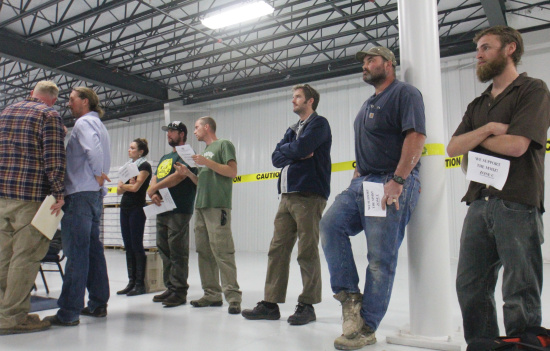 There was a mixed crowd at last night’s MMIZ community meeting. Photos by John Ross Ferrara.

A group of about 50 growers, business owners and concerned townsfolk filed into a nearly empty Desserts on US warehouse last night. Burly, blue-collar workers wearing dirty jeans and construction boots lined the back of the room and rubbed paint-stained elbows with bohemian growers and dispensary workers. They held matching signs:

“We Support The MMIZ Zone C”

A smattering of elderly citizens also peppered the rows of chairs seated before the Arcata City Council. 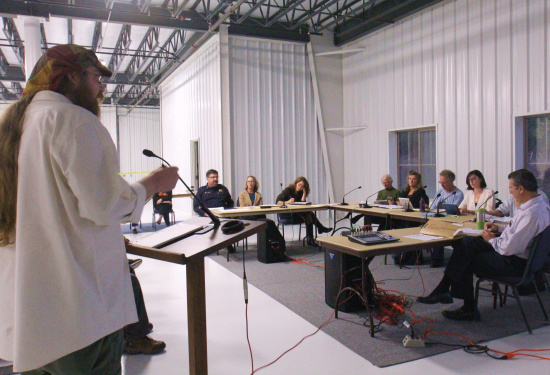 They had come to offer opposing viewpoints in the the battle over new zoning areas for the proposed Medical Marijuana Innovation Zone in the industrial park on on West End Road.

One by one, speakers addressed the City Council with arguments they’ve heard 1,000 times before. Victimized growers preached the medicinal benefits of cannabis, while grumpy anti-dope activists complained that the smell of marijuana would reduce their property values.

One water conservationist harped on marijuana’s water consumption as 1,500 boxes of almonds — a crop that University of California Davis Department of Land, Air and Water Resources says uses 2.2 million acre feet of water per year — sat in the back of the room, waiting to be transformed into cookies and confectionery.

Two representatives of Northcoast Children’s Services, a daycare located within the industrial park, requested the buffer zone between the business and the marijuana zone be doubled from 500 to 1,000 feet.

After more than an hour of countering arguments, Mayor Michael Winkler thanked the speakers and outlined how the City Council planned to move forward with area C first and use that as a model for how to better implement areas A,B, C, D and F. In total, the areas could house about 70 businesses. 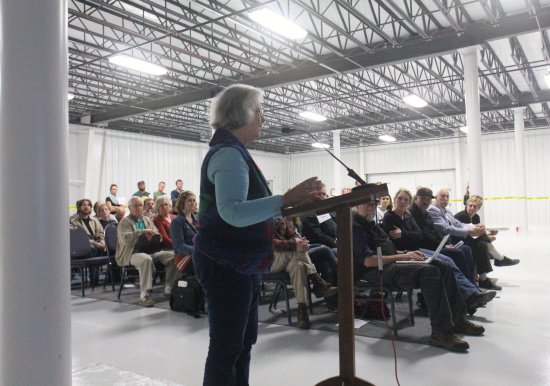 “I’d like to see us move quickly on the first area we choose,” Winkler said.

Community Development Director Larry Oetker said all the businesses within the zone that want to be included and meet the zoning requirements will likely be added to the MMIZ. However, businesses planning to cultivate will be held to different standards than those solely interested in manufacturing marijuana.

“They’re not going to be extraneous requirements,” Oetker said. “I’m totally confident that our local businesses will be able to meet our requirements.”

Oetker said standards have been drafted by the city, but aren’t quite ready for public disbursement.

Desserts on US owner Emran Essa was asked to host the meeting by the city and said he wants his business to be included in Area C, but doesn’t think he will get involved in growing or selling marijuana.

“Desserts on US makes cookies. I don’t think our business is going to be involved in it,” Essa said. “As neighbors we should stick together. If a community wants it, we should organize, otherwise we will be left out. I think it will bring a lot of money to the area because it will be manufactured. Marijuana extract seems to be what everyone’s interested in.” 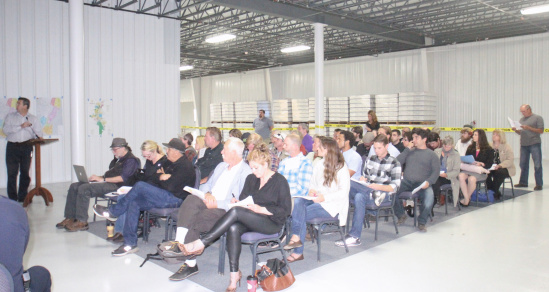 A majority of the corwd raised its hands when asked how many were in favor of the marijuana zoning. 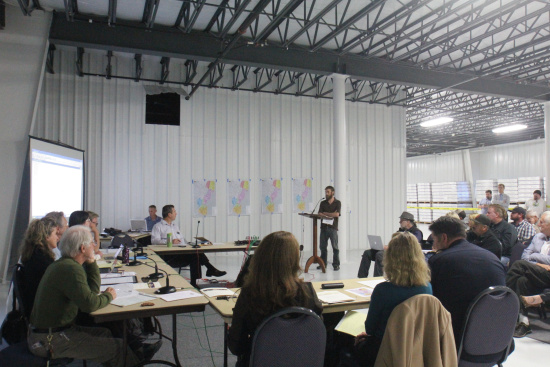 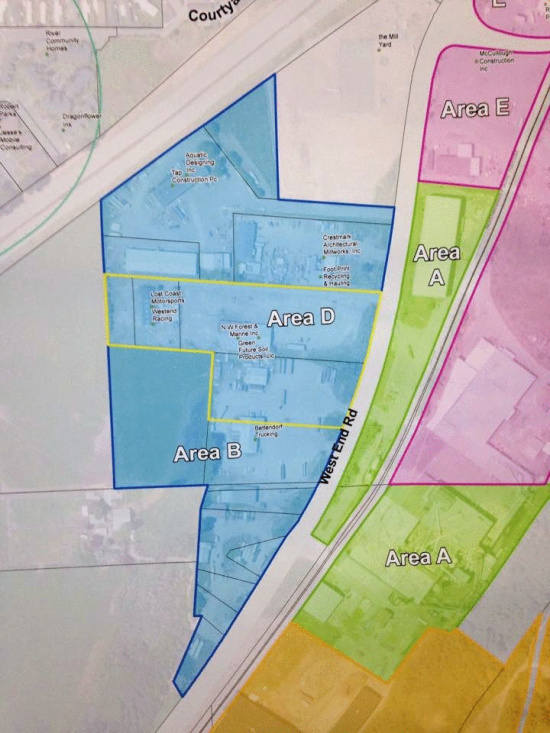 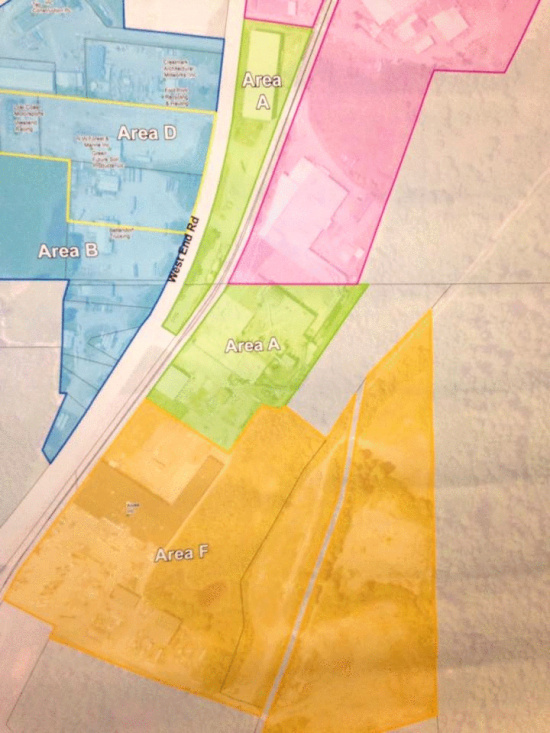 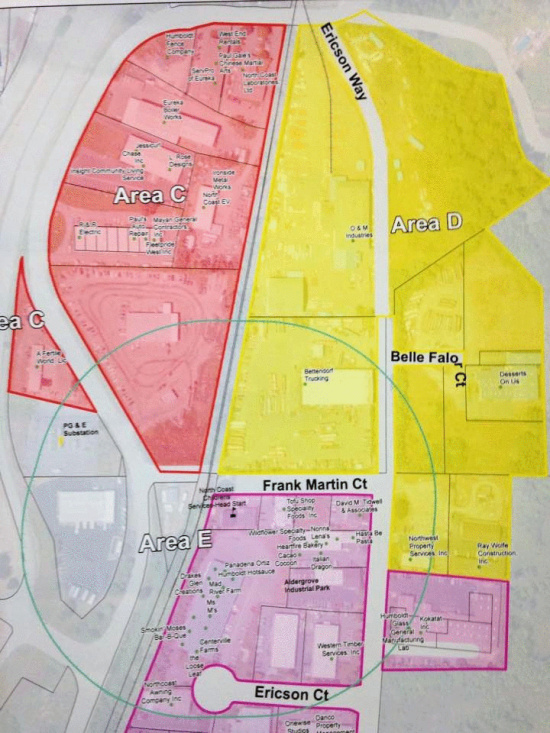 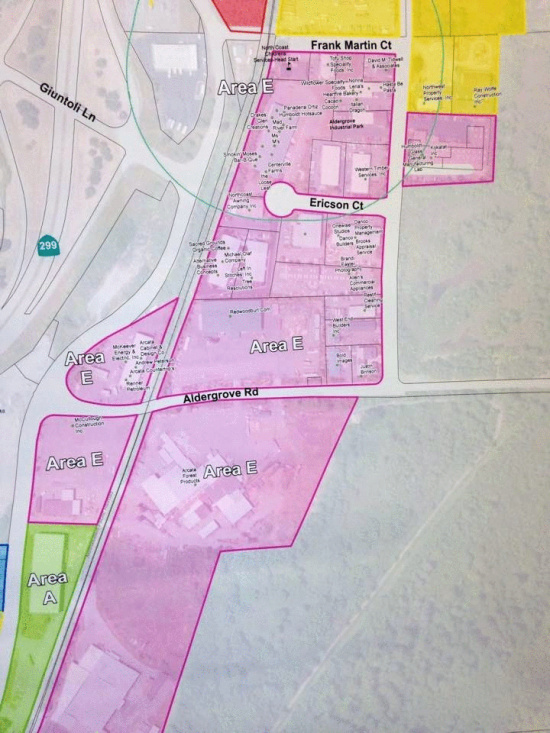