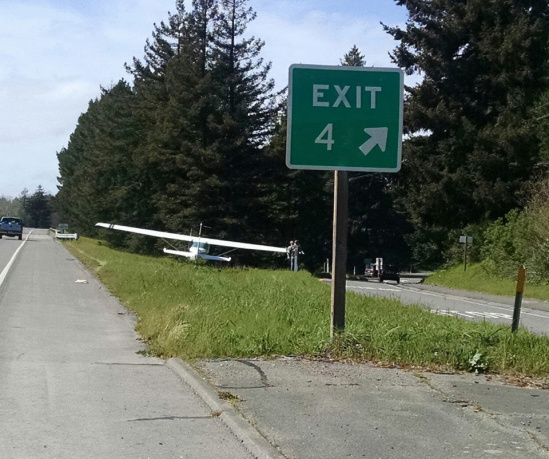 UPDATE, 4:20 p.m.: Scanner traffic indicates that people are stopping to gawk at the plane along Highway 299, causing potential traffic problems.

UPDATE, 4:15 p.m.: According to tail numbers read out by law enforcement at the scene, the plane appears to be a 1976 single-engine Cessna registered to Scott Chandler of Fortuna.

‎A small airplane made an emergency landing on Highway 299 a few moments ago. According to reports from the first people on the scene, no one seemed to be injured.

Shane Johnson, who took the below picture and was one of the people on the scene, sends this report.

It was still rolling on the road towards the ramp when most of the highway stopped to go help. It happened at about 3:30. The pilot was pretty shaken up by the landing, but he was calm, was already working on calling his family to come get it off the road. When we finally got it off the road he asked him if he needed anything else, flares, water and what not, but he said he was alright and that 911 was already on there way. When I left there was 2 cops coming East, but at that point the plane was already off the road, and I’m pretty sure he is going to be fine.

Grounded Cessna plane on Glendale exit on 299. We asked the pilot if he crashed and he said “emergency landing. Came in under the power lines. It’s not a crash landing if you do it successfully!”  Highway and exit are open. CHP on site. No injuries. Pilot onsite chatting with passers by.

We’ll update when we find out more. 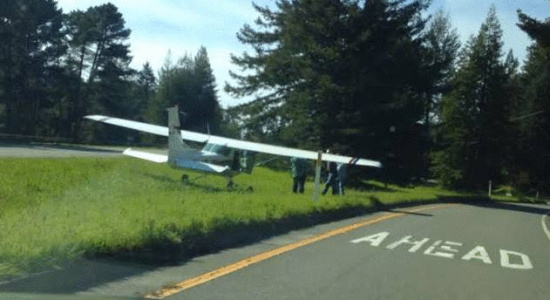 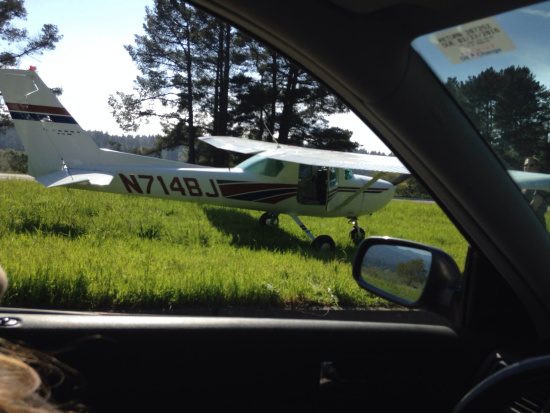