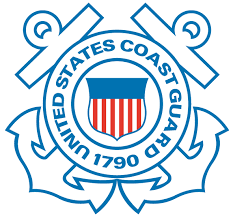 At approximately 6:40 p.m., watchstanders at Coast Guard Sector Humboldt Bay received a cellphone call from a female stating her, a friend, and a dog were stuck in waist-high mud after their canoe sank.

The survivors were brought to Murray Airfield in Eureka and transferred to local EMS in stable condition.

“Even though you are close to land in the bay proper protection equipment is a good idea,” said Robinson, the aircraft commander. “You never know when you’re going to end up in the water and be in a survival situation.”