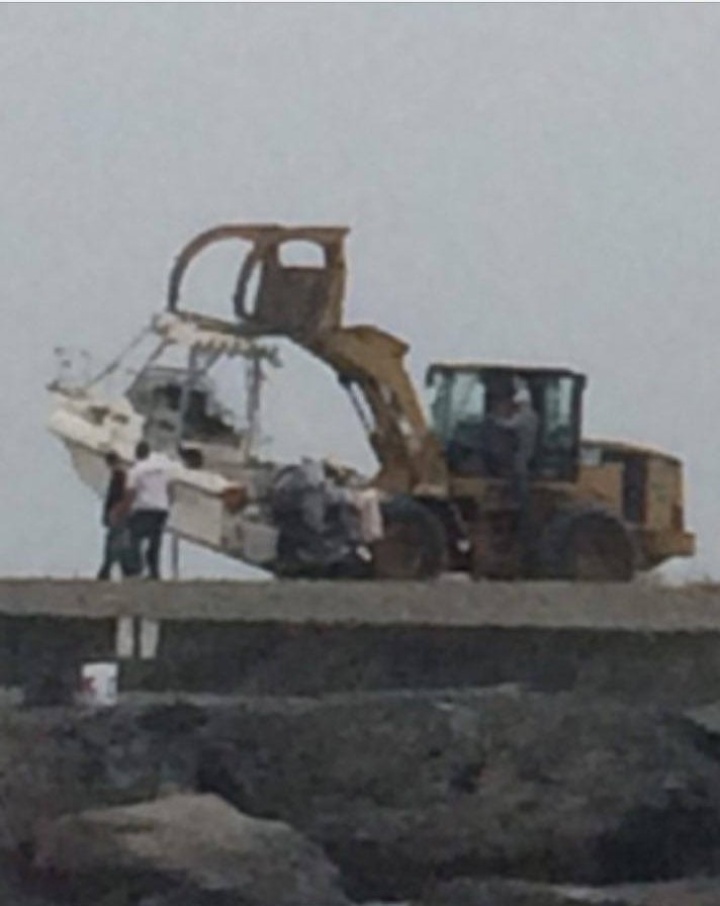 The Coast Guard received a report that the vessel was swept into the jetty, began taking on water, and capsized shortly after, stranding the four boaters on the jetty rocks. A rescue helicopter from Sector Humboldt Bay, a 47-foot motor lifeboat from Coast Guard Station Humboldt Bay, and Emergency Medical Services were dispatched to the scene to assist.

Coast Guard crews maintained a safety zone and aided EMS personnel in locating the boaters on the rocks. EMS confirmed three survivors with minor injuries and one deceased.

The vessel sank after capsizing and is no longer visible in the water.