« Young Man’s Body Found On the Beach North of Manila

UPDATE, 4:30 p.m.: The EPD just released some surveillance of our man captured after he ran out the store. 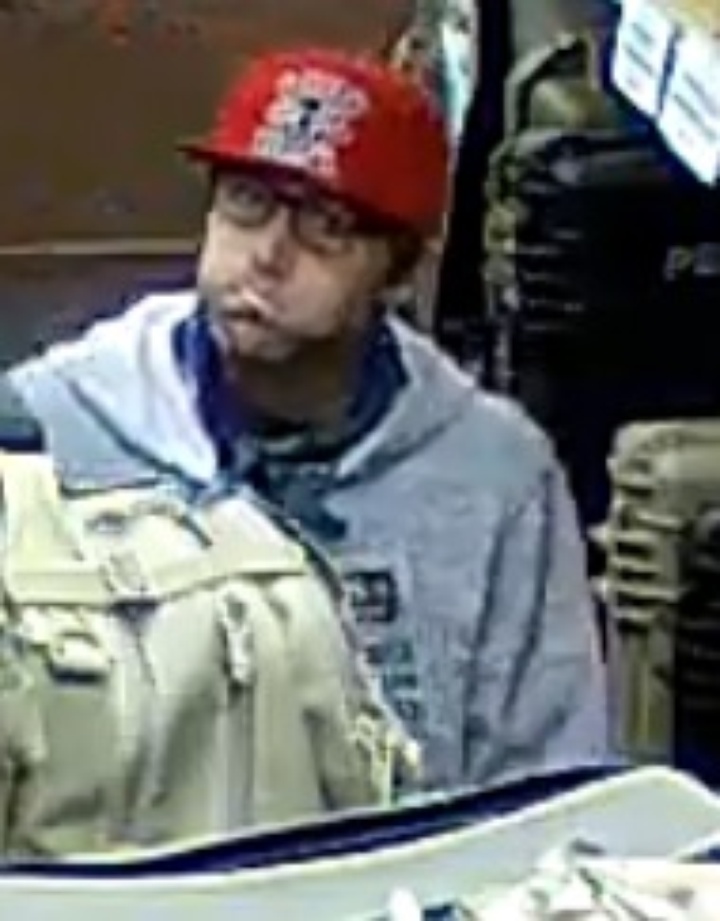 On December 26, 2016, at about 4:57 p.m., officers with the Eureka Police Department responded to a sporting goods store on the 3600 block of Broadway for the report of a theft of two handguns.

Based on employee statements and surveillance, it appears the male suspect loitered inside the business before talking to employees about two handguns. While holding the handguns, the male suspect quickly fled out of the business. The male was last seen running east on Allard Avenue from Broadway.

The suspect is described as a white male, in his 20’s, thin build. He was wearing a red hat, glasses, gray sweatshirt, tan cargo pants, blue and white shoes, and a blue bandana around his neck.

Anyone with information relating to this incident is asked to call the Eureka Police Department. 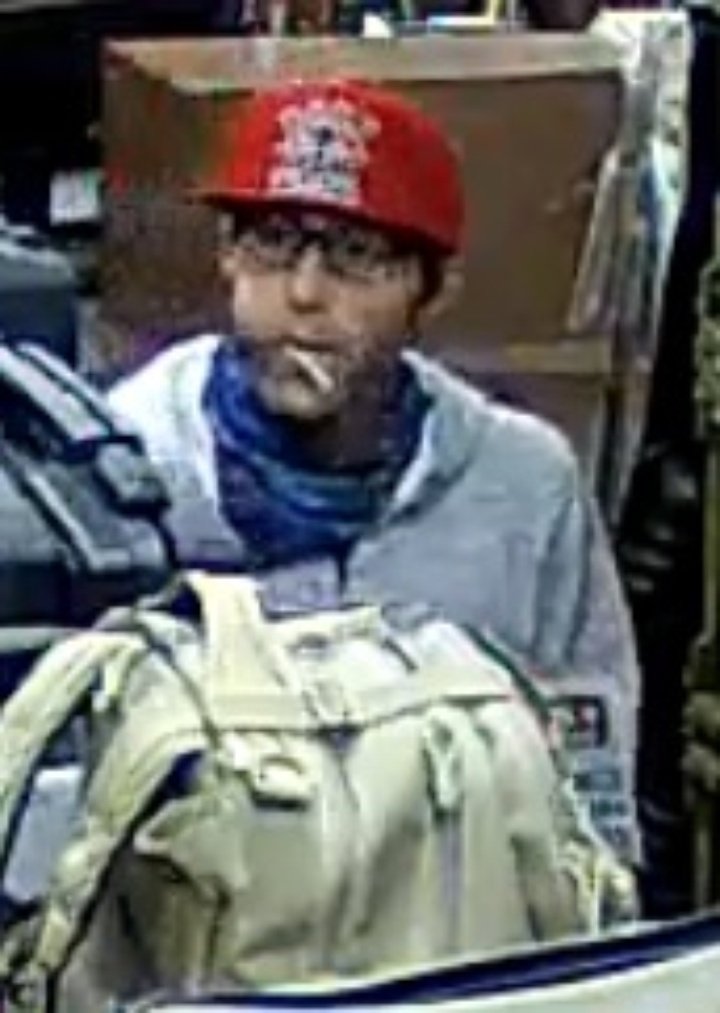